"The Old & the Rotten" or "Dying Days of our Lives" 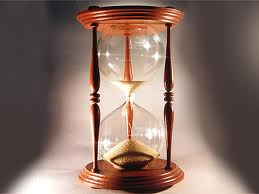 Dow dropped 74 pts... I would have preferred seeing another 7 placed in front of the '74' but at least it was not +74 today.  In this rigged market and global economic con, we take any little victories where we find them.

And to very briefly remind readers why we want to see the market to drop:  1) Lower market means lower oil prices & other commodities.  also means stronger US dollar (good for consumers, bad for corporations) and 2) Investors/traders are the #1 enemy of the global economy, and A&G seeks any outcome that will wipe professional Investors' cash reserves so they are prevented from further speculation.

Found this headline today.. it best represents the mindset of the Investor:  How Italy Could Impact Your Portfolio -- Yahoo Finance.   Hmm, yes- that's all that matters isn't it--  not the austerity the Italian people, like Grecians, Irish and Portuguese have suffered miserably before...not how the entire Eurozone could crumble affecting hundreds of millions of peoples' lives adversely in Europe and beyond..

When you follow finance and financial news, after a while it feels very much like one is watching a soap opera.  For a time I watched 'The Young & Restless'.  Not ashamed- the acting is better than one would think and the writing is quite skilled to grab new viewers' interest and hold them for at least a little bit. 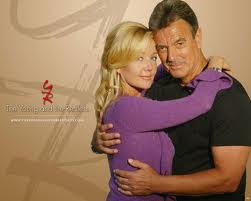 Now the thing about soap operas which mirror financial news so well, is there is no resolution.  Ever.  Like a stock market that goes up and down and up..and there's never an end point. The baddies never really lose and the goodies never win-- bull rally becomes bear, then becomes bull and everyone in the game profits no matter.

And in soap operas, there's lots of build up.. lots of talking.. some theatrics, and good ole' plot manipulation when necessary to keep characters and situation from ever establishing a form of finality.  Much like in Europe currently.

And these manipulations are interesting to watch and observe for a spell, but soon it gets frustrating and then boring, and a smart viewer knows when to turn it off.

When I think about the two years I've spent reading and studying the Eurozone situation, with the various PIIGS nations, and studying the economic situation in the US, it really does parallel the construct of a TV soap:  "Characters" i.e. political leaders who are mostly bad with touches of good manipulating situations to make things worse than they were before, then doing just the bare minimum at the last moment to prevent impending doom while none of the causes of calamity have been addressed.

And don't forget, like on a soap, all the little manipulative twists and turns that world leaders and those in charge of government finance use to ensure that nothing ever progresses toward any sort of satisfying conclusion or positive outcome. 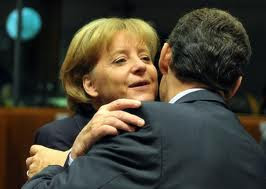 In the world of television, viewers eventually got tired of this daily play upon their emotions and intellect which is why many soap operas have been cancelled within the span of the last 12 months.   And people are sick and tired of this global financial soap opera as well with Merkel, Sarkozy, Obama, the Finance ministers, Fed Chairs and other scum which inhabits all the positions of power and influence.

And we're all desperately hunting for a remote to click it off.
Posted by dsasR at 1:58 PM