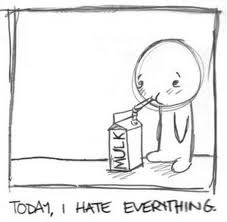 In the previous post, we explain how all the central banks of the world came together to bailout Europe's banks, or at least extend the can-kicking a little further while Germany and France figure how to turn an economic union into a political union, usurping national autonomies and re-writing basic EU tenets to save their precious currency, the euro.

TheStreet.com put it this way, "What’s great for the banks isn’t so good for everyone else, though. Investment strategists already are noting the desperation of the move, adding that flooding the banking system with liquidity doesn’t do anything to solve the real problem of ballooning, unmanageable debt levels."

Ok.  Still, one question needs to be asked-- why today?

Why not do this last week, yesterday or tomorrow?

Perhaps Forbes.com can best explain:  "It appears that a big European bank got close to failure last night.  European banks, especially French banks, rely heavily on funding in the wholesale money markets.  It appears that a major bank was having difficulty funding its immediate liquidity needs. The cavalry was called in and has come to the successful rescue."

And that's how it works- Problems continually ignored and when collapse of some kind is evident, all the major power brokers work frantically behind the scenes to pull a 11:59p solution out of thin air (or their collective arses) 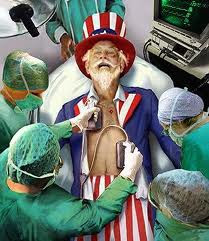 ~ Doc, when I die, I donate my heart and brains to the Eurozone; my kidneys & liver specifically to Ireland"

Remember- the US has a national debt of over $15 Trillion dollars and recently 3Q GDP was downdraded to only 2.3% which is just barely above anemic.  Britain declared they will be entering officially a 2nd recession in Jan. 2012, and its finance ministers have ordered up a new bunch of Quantitative Easing to try to stimulate its economy.  Switzerland's currency was so "strong" due to the weakening of the other currencies that it was forced to peg its franc to the euro to purposely weaken it to help Nestle and other Swiss corporations.   Lastly Japan, has been in economic malaise since 1986 and on two separate occasions has had to appeal to the Fed Reserve and European central banks to help it devalue its yen.

And all these pathetic buffoons with economies barely breathing, are uniting to preserve the Rot which is the Euro??

And the worst part of all this.. we the people are completely, utterly powerless to stop it.  That's the influence and force of the Fed.  No Congressperson or Senator to write to.  No protest movement to join.  And if Ben Bernanke was abducted by anal-probe loving space aliens from a distant planet in a far away galaxy, nothing would change on planet Earth- the President would just appoint another Yes Man (or Woman) for the power-elite to control.

Remember when former IMF head Dominique Strauss-Kahn was wrongly arrested and accused of rape?  Two to three weeks later,  another US friendly European head Christine Lagarde takes the helm...Business as usual & not a beat skipped... 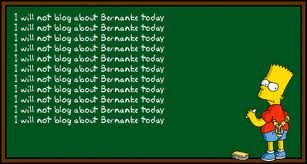 The Fed- it just does as it wishes and the few who understand the economic destruction in its wake can only bellow and moan, or  join the ignorant masses focused on the mundane and the trivial.