When finance hits your-a eye like a big pizza pie... 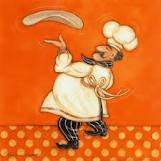 On Tuesday, the markets celebrated the pushing out of Italy's Prime Minister Berlusconi by members of his own political party as if it was some magic cure-all to fix the Italian economy and by extension the eurozone.

We told you global Investors are stupid little nothings.

Today, Wednesday markets decided to not act as stupidly, dropping 389 pts to close at 11,780 based on certain realities that Investors can't seem to ignore as much as they wish to- little things such as Italy being the 7th largest economy in the world, and close to collapsing i.e. needing a bailout.  Of course though, unlike Greece, Italy's economy is seen as too large for the European Union or International Monetary Fund to bail out.

Then there's this economic reality:

See, its not just a matter of globalization where everyone sells their products and services to everyone else.  In the last 3 years, corporations have essentially middle fingered America with a big "Fuck You" added for good measure, as their focus shifted from hiring US workers to alleviate the crushing unemployment numbers, to focusing on overseas expansion and expanding profits via targeting non-US markets to make up the slack for the 70% consumption that US consumers used to provide.

This is a big reason why it is so important for them that Fed Chair Bernanke continually devalues the dollar vs the euro, yen and other currencies.. it allows greater profits because when you devalue the US currency, the other currency strengthens i.e. increases in value and purchasing power.

It doesn't help the everyday American.. in fact hurts them but I mean, who cares really, Right?? For instance most Americans stupidly have been indoctrinated to believe in order for the US economy to improve and get out of this recession-depression, corporations Must flourish & prosper at all costs and the stock market must continually grow.  So with that mindset, you kinda get what you get. 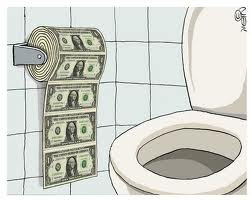 OK, here's the deal- Europe will worsen.  At best, the leaders of the world will slowly delay the collapse of the Eurozone just long enough that global investors (the politicians' masters & mistresses) are insulated from financial distress, then things will crumble and everyone will suffer for the cowardice of leaders to punish Investors and banks, and force them to take the financial hits they so deeply deserve.

The key is really whether they can keep this charade going before the end of 2011 or will the heavy ball of debt be dropped in early 2012.  I can not predict which will occur.. I just know personally I will be very conservative when it comes to shopping for Christmas, because whether things collapse on Nov 28th or Feb 12th, I will eventually need the money I frivolously pissed away on toys and trinkets on things more vital to my everyday life.
Posted by dsasR at 9:27 PM