PPMG hosts The Tastemakers at Faruy'Art 1969. A private event series to stimulate conversation among an inspired group of tastemakers from celebrities to filmmakers, artisans to world leaders in the technology, green and political space. 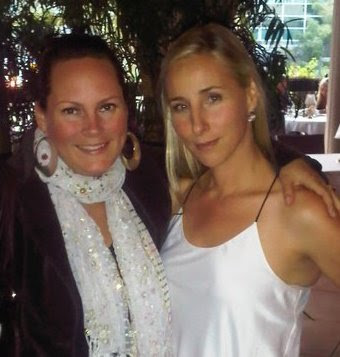 Popular Press Media Group (PPMG) will host their monthly event series, The Tastemakers, at Faruy'Art 1969 atelier in the heart of the Melrose Design District at 8646 Melrose Avenue, Los Angeles, on Tuesday, November 30, 2011.

The Tastemakers is a private event series to stimulate conversation among an inspired group of trendsetters and chic arbiters from celebrities to filmmakers, artisans to world leaders in the technology, green and political spaces.

About David Faruya, Faruy'Art 1969
After 17 years of expertise in creating and finishing furniture for several high-end furniture companies, David Faruya decided to fulfill his own artistic destiny and use his talents to create his own works of designer furniture art. After successfully launching his own design line, Faruy’Art 1969, in the South of France, he is now fulfilling a lifelong dream by bringing his unique style and vision to the heart of the Melrose Design District in Los Angeles, with a new showroom at 8646 Melrose Ave. opening in November 2011.

David Faruya describes his work as “furniture jewelry made of dreams and heat.” This young designer is inspired by a fresh and bright palette to create a universe of laughter and dazzling flamboyance. With his over-the-top designs, he turns the stark lines and austere monochromes of modern design on its head, while at the same time drawing admiration for the quality craftsmanship and classic lines at the heart of all his pieces.

Metal, lacquer, and rhinestones give this world of furniture such an impact that no one experiencing it can be left indifferent.  Each creation is an original and unique, and signed by the hand of the artist. All pieces sold in the U.S. will have been created in and imported from the Faruy’Art atelier in the South of France.