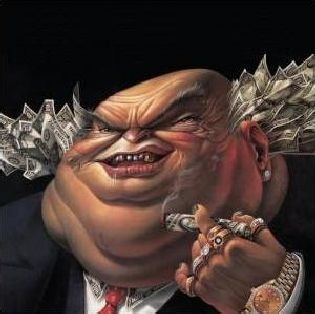 Tom Alexander William Hayes and Roger Darin were charged with conspiracy in a criminal complaint unsealed today, the U.S. Justice Department said. Hayes also was charged with wire fraud and a price-fixing violation for activity with another bank aimed at manipulating the London Interbank Offered Rate, the department said.

“Make no mistake, for UBS traders, the manipulation of Libor was about getting rich,” Assistant Attorney General Lanny Breuer, the head of the Justice Department’s criminal division, said in a news conference in Washington.

The charges are the first brought by the Justice Department against individuals alleged to have manipulated Libor and comparable benchmarks in Europe and Japan.

The U.S. Commodity Futures Trading Commission’s $700 million fine is the largest in the Washington-based agency’s history, David Meister, the commission’s head of enforcement, said at the news conference. The total penalties of $1.5 billion represent about one-third of the bank’s 2011 net income.

UBS fell 0.3 percent to 15.20 francs in Swiss trading after rising as much as 2.4 percent during the day.

The U.S. government said the two men were part of a conspiracy to commit wire fraud from September 2006 to 2009. Hayes, 33, served as a senior yen swaps trader at UBS in Tokyo, while Darin, 41, worked as a short-term interest rates trader at UBS in Singapore, Tokyo and Zurich, the U.S. said.

Prosecutors allege that Hayes and Darin “conspired with others known and unknown within UBS to cause the bank to make false and misleading yen Libor submissions to the British Bankers’ Association.”

Darin didn’t respond immediately to a voice-mail message, and Hayes couldn’t immediately be reached. U.K. fraud prosecutors opened a criminal probe this year and last week arrestedHayes, according to people familiar with the matter.

UBS was ordered to pay a total of about $1.5 billion to U.S., U.K. and Swiss regulators for trying to rig global interest rates, including Libor, over a six-year period. Regulators found that traders at the Zurich-based bank made more than 2,000 requests to its own rate submitters, traders at other banks and brokers to manipulate rate submissions through 2010.

UBS Japan agreed to plead guilty in connection with the rate-rigging investigation, while UBS AG (UBSN), the parent company, entered a non-prosecution agreement with the Justice Department.

The U.S. Justice Department weighed the consequences to market confidence among the bank’s trading counter-parties before entering a non-prosecution agreement with the UBS parent company, Breuer said at the news conference. “Our goal here is not to destroy a major financial institution,” he said. “By any fair criteria this is a very real, very robust and very forceful resolution.”

According to transcripts released by the U.K. Financial Services Authority today, an employee identified as Trader A led efforts to influence Japanese Yen Libor submissions included paying brokers as much as 15,000 pounds ($24,400) a quarter and offering a payment to another for helping him keep that day’s rate low. Trader A worked at UBS in Tokyo from 2006 to 2009 and directly contacted employees at other banks to influence their submissions at least 80 times.

Meister said UBS’s actions involved at least five interdealer brokers. “These brokers are supposed to be honest middlemen,” he said. “The brokers here were anything but honest.”

“As one broker told a UBS derivatives trader, according to the statement of facts appended to our agreement with the bank, ‘Mate, you’re getting bloody good at this Libor game. Think of me when you’re on your yacht in Monaco, won’t you?’” Breuer said.

The financial penalties are more than triple the 290 million-pound fine Barclays Plc (BARC) agreed to pay in June in the first settlement of Libor-rigging allegations. Barclays Chief Executive Officer Robert Diamond and Chairman Marcus Agius resigned in the face of political outrage over the scandal. UBS CEO Sergio Ermotti joined the bank in April 2011, after the period covered during the rate-rigging investigations.

“UBS’s misconduct is, although similar in nature, considerably more serious than Barclays’ because it was more widespread within the firm,” the FSA said. “More individuals, including managers and senior managers, participated in or knew about the manipulation.”

Libor, a benchmark for more than $300 trillion of financial products worldwide, is derived from a survey of banks conducted each day on behalf of the British Bankers’ Association in London. Lenders are asked how much it would cost them to borrow from one another for 15 different periods, from overnight to one year, in currencies including dollars, euros, yen and francs.

Trader A boasted that he was able to rig the benchmark because he was “mates with the cash desks” at one unnamed bank and that they “always helped each other out,” a transcript of a Feb, 2, 2007 chat showed, according to the FSA.

At least 45 bank employees, including some managers, knew of the “pervasive” practice and a further 70 people were included in open chats and messages where attempts to manipulate Libor and Euribor were discussed, the FSA said.

During the six-year period, four of UBS’s traders, one of whom was a manager, made more than 1,000 written requests to 11 interdealer brokers at six brokerage firms, asking them to influence other panel banks that contributed to Japanese Yen Libor submissions.

During 2007, Trader A made more than 450 requests to manipulate Yen Libor submissions as he held large trading positions tied to the rate that matured at different times that year.

“Trader A embarked on a coordinated campaign to influence three month Japanese Yen Libor for the benefit of those positions,” the FSA said. “For this purpose, Trader A made internal requests, broker requests and external requests.”

Trader A set up a complex system of payments to fellow UBS employees, counterparts at other banks and interdealer brokers to facilitate the manipulation of yen Libor, according to the FSA settlement.

Between Sept. 19 and Aug. 25, 2008, Trader A and a colleague entered into nine so-called wash trades as a means of rewarding an unidentified broker with more than 170,000 pounds for helping rig the rate. Wash trades are where a trader puts through two or more risk-free trades through a broker which cancel each other out while leading to a payment of brokerage fees to the broker arranging the trade.

On Feb 5, 2007, the trader contacted “Manager A” on an electronic chat: ’’ ...last 3m fix if you cld keep high (6m wd prefer high but not urgent) and if we cld keep 1m low wd be appreciated, if doesn’t suit let me know and maybe we can offset our fixes thx any help much appreciated.’’

Thirty to 40 people have left the bank as a result of the investigations, Ermotti told reporters on a conference call, adding that behavior of some employees was “unacceptable.” He said he doesn’t expect any more departures.

The fine is another blemish on UBS, which is scaling back its investment bank to concentrate on wealth management. UBS said in October it may post a loss for 2012 after taking an impairment charge of 3.1 billion francs related to goodwill and other non-financial assets at the securities unit, in addition to costs tied to firing 10,000 people by 2015. The bank said it expects to report a fourth-quarter loss of between 2 billion francs and 2.5 billion francs, primarily as a result of litigation provisions and regulatory matters.

One year ago, Japanese regulators penalized UBS’s Japanese operations, curtailing the bank’s ability to participate in the Tokyo interbank derivative market for a week, and ordering the bank to improve its regime of compliance and internal controls.

Ermotti said he doesn’t expect further sanctions from the Japanese regulator and that the bank is “confident” it will be able to continue to operate in Japan and globally as normal.

UBS was fined 29.7 million pounds last month by the FSA and told by the Swiss regulator it may have to increase capital levels for operational risks after a $2.3 billion loss from unauthorized trading by Kweku Adoboli. The former trader in UBS’s London office was sentenced to seven years in jail on Nov. 20 for fraud in relation to the loss, the largest from unauthorized trading in British history.