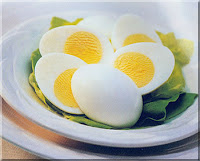 Eggs as Bad as Smoking? Vitamins Linked to Mortality? Making Sense Out of Nutritional Studies With Expert Dr. Alan Gaby

The abundance of nutritional research available certainly gives us food for thought when making decisions regarding diet and nutritional supplementation. It can also lead to confusion due to misleading headlines and questionable interpretations of studies.

If you've come across headlines such as "Are Eggs As Bad As Smoking?," "Are Our Vitamins Killing Us?" and "Fish Oil No Lifesaver?," you can't but help feeling puzzled as to how to separate the truth from the hype.

The average person who is interested in keeping up with the latest research most likely doesn't have the time or the expertise to weed through the actual studies to determine if the press reports of the research are reliable. Fortunately, a nutritional science expert has taken the time to interpret the studies for us as well as provide takeaways so we can put these studies to practical use for optimal health. Alan Gaby, M.D., is the author of Nutritional Medicine, a comprehensive scientifically-based guide to the use of diet and nutritional supplements to prevent and treat illness. With more than 1,374 pages and over 15,000 references, Dr. Gaby considers Nutritional Medicine the pinnacle of his life's work -- to investigate nutritional medicine and to teach others what he has discovered.

I was fortunate to recently meet up with this brilliant researcher at a medical conference where he was teaching doctors how to interpret nutritional studies.

PF: Dr. Gaby, thanks for taking the time to speak with me and share your wisdom with The Huffington Post audience. It seems that as the volume of nutritional studies and the corresponding media reporting increase, the confusion as to how to make sense of these studies is also on the rise. Not too long ago, we saw eggs being compared to smoking, yet we have also seen other studies demonstrating benefits of eating eggs. How can one interpret these studies to know if eggs are beneficial or harmful to health?

AG: Eggs are a good source of many beneficial nutrients, and they also contain a large amount of cholesterol (all of it in the yolk). Studies in animals have clearly shown that dietary cholesterol in its pure form does not cause atherosclerosis (hardening of the arteries).

The study you cited showed that eating more eggs was associated with more extensive atherosclerosis in the carotid arteries. However, simply showing an association does not prove cause and effect. There might be fundamental differences in diet, lifestyle, and body chemistry between people who do and do not eat large amounts of eggs, and some of those differences (as opposed to the number of eggs consumed) might explain the observed association. Based on the totality of the evidence, it appears that boiled or poached eggs can be an important part of a healthful diet, whereas consumption of scrambled (and possibly fried) eggs should be kept to a minimum.

PF: The benefits of another popular item, fish oil, have been questioned in a study that recently received a lot of attention in the media. Millions of Americans take fish oil daily. Doctors prescribe it. We have read about so many benefits for cardiovascular health, brain health, and anti-inflammatory benefits. Are there benefits to fish oil, specifically for heart health?

AG: The study you mentioned was a meta-analysis (pooled analysis) of 20 randomized controlled trials (including a total of 68,680 patients) that examined whether supplementing with the omega-3 fatty acids present in fish oil can decrease heart disease-related mortality or deaths due to any cause.

In the pooled analysis, omega-3 fatty acids decreased heart disease-related deaths by 9 percent and deaths due to any cause by 4 percent. Because these decreases were not statistically significant, the researchers concluded (erroneously) that omega-3 fatty acids had no effect on cardiac or all-cause mortality.

The correct conclusion is that omega-3 fatty acids decreased cardiac deaths by 9 percent and all-cause mortality by 4 percent, but because the effects were not statistically significant, we are less than 95 percent certain that the benefits were real (as opposed to being due to chance). Failure to demonstrate that an effect was statistically significant is not the same as demonstrating there was no effect.Furthermore, the potential benefit of taking fish oil might be greater than the results of the meta-analysis suggest. That is because some of the studies that showed a strong positive effect were "diluted" by several flawed studies that found no beneficial effect of fish oil.

One of the negative studies enrolled 18,645 Japanese patients (27.2 percent of all the patients in the meta-analysis), and therefore had a relatively strong influence on the results of the pooled analysis.

The main weakness of that study is that fish consumption is high in Japan. The protective effect of omega-3 fatty acids against heart disease can be obtained with relatively low doses, and little or no additional benefit can be achieved by increasing the dose.

Consequently, one would not expect fish oil supplementation to reduce mortality in this population where fish consumption is high. In another negative study included in the meta-analysis, olive oil was used as the "placebo." Olive oil is a known cardioprotective agent, so the fact that fish oil was not more effective than olive oil does not mean fish oil was ineffective.

PF: Millions of Americans take a basic multivitamin, and they believe they are doing something beneficial for their health. They certainly aren't taking them to bring about an earlier death! However, several recent studies have implied that multivitamins do not contribute to a longer life. Is it beneficial to take a multivitamin? Are these studies misleading?

AG: Yes, the studies are misleading. The first study claimed to find that women who took a multivitamin had a 6 percent higher death rate than women who did not take vitamins.

However, nowhere in the study was the actual death rate reported. Rather, the researchers reported "adjusted" death rates. When the data were adjusted only for age and caloric intake, there was no significant difference in mortality between vitamin users and nonusers. It was only after further adjustment for cigarette smoking, body mass index, blood pressure, educational level, diabetes, use of hormone-replacement therapy, physical activity, and intake of fruits and vegetables that the increase in mortality was found.

For each of these factors, the vitamin users were in the "healthier" category when compared with the nonusers (e.g., less diabetes, less obesity, more physical activity).

Some of the reasons that people take vitamins (for example, they are tired or depressed, their joints hurt, or both of their parents died of heart disease) might predict an increased risk of mortality. Failure to consider those factors might give a skewed picture of the risks and benefits of taking vitamins.

In the more recent study, the incidence of heart disease was not lower in male physicians who took Centrum Silver for 11 years than in those who took a placebo. According to the label, Centrum Silver contains (in addition to vitamins and minerals) crospovidone, butylated hydroxytoluene, FD&C Blue 2 Aluminum Lake, FD&C Red 40 Aluminum Lake, FD&C Yellow 6 Aluminum Lake, polyethylene glycol, polyvinyl alcohol, sodium aluminum silicate, sodium benzoate, talc, and titanium dioxide.

It would be surprising if none of those chemicals were harmful with long-term use. In addition, Centrum Silver provides 15 milligrams of zinc per day. Long-term use of zinc might deplete copper, and copper deficiency may increase the risk of developing heart disease. Centrum Silver does contain copper, but during the study period it was in the form of cupric oxide, which studies have suggested cannot be absorbed by humans.

A number of earlier studies suggested that various vitamins and minerals can, indeed, help prevent heart disease. The new study did not address the question of whether a better-formulated product that is free from extraneous chemicals would be beneficial.

PF: Dr. Gaby, thank you so much for giving us insight to these important nutritional subjects. We'll look forward to your nutritional science expertise in your upcoming blogs at The Huffington Post Healthy Living.
Posted by dsasR at 1:12 PM