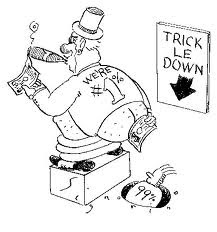 Some people might have thought we were going a little extreme in our comparison of tax rates between that of Eisenhower, under whose Presidency, the highest percentage of taxes were collected vs what is paid by the wealthiest today (which sorry to be blunt, is quite minimal and they really do deserve to pay Far Far more...)

So we found a chart composed in 2008 from The Washington Monthly that plot-points the highest tax rate of every President from Woodrow Wilson who was President in 1920 to 'W': 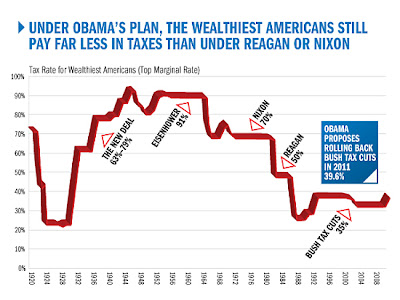 Let's break the chart down...

After World War I, when Wilson was finish up his 2nd term in office, the wealthiest Americans paid a tax rate of around 72%

During the Republican Presidencies of Harding, Coolidge and Hoover which make up the 'Roaring 20's' taxes on the wealthiest dropped down to an offensively low mid-20% range... The stock boom was in direct correlation to the super-low taxes upon the elite, but it also was the reason for the 1929 Crash and subsequent Depression..

During FDR's four terms in office, taxes on the affluent went up to a high of 79% as the chart shows.  They helped pay for the social programs implemented then which hundreds upon hundreds of millions of people have survived and depended upon from the 1930's to the Present.    No wonder, fiscal conservatives hate FDR and want to roll back all his social achievements...  They're being denied their 'God-given right' to have taxes at a perpetually low 22% 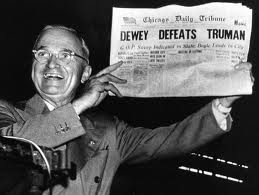 Right after WWII, when Truman was in office, you can see on the chart, a dramatic but short 'bump' indicating the rich were paying probably around 93% taxes, then it dropped down to 80% by the time of his election and by 1952 when Eisenhower won office, rose again to a 91% and stayed that way throughout two terms as America's economy was rapidly expanding as a Super Power.

During Kennedy's Administration, he lowered the top tax rate to 69% or there abouts as the chart shows, and with the exception of a brief bump up to 75% during LBJ's term, the rate pretty much stayed at 70% into Nixon's Presidency, then Ford and Carter.

This is Extremely important to understand: Jimmy Carter was the last President to deal with a National Debt that was LESS than $1 Trillion and he was the last President to not bend over backward to those (fill in the curse word) wealthy elite by dramatically cutting taxes.  This meant the Government actually had revenue coming in to pay its debts and keep its National Debt on a manageable level. 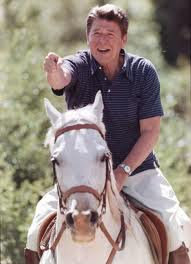 So now good ole' Reagan clippity-clops into office on his horsey and as a reward to all his wealthy friends who got him elected, cut the tax rate dramatically down to 50% during his first term, then doubled up by cutting another 50% during his second term so the rich only paid about 25%.  The National Debt grew by over $1 Trillion.. small numbers by today's standards but not then...

Bush Sr. entered office on the pledge of 'No New Taxes' then was pilloried by his vicious, greedy base because he went back on his promise.  So how much more did those wealthy bloodsuckers have to pay??   6% more... pushing the rate to around 31-32%

Clinton now comes into office in 1992 and he raises taxes to try to pay off the debts... BUT.. he's not a traditional Democrat.  He's the first of a new breed-- a Wall St loving and serving Dem.  So he only raises taxes buy a few percent more than Bush did.  The wealthiest paid about 39% throughout his terms in office. 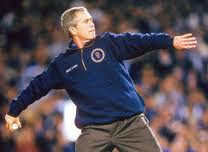 Bush Jr came into office in 2001 with a pledge to cut taxes... so he did.. But the fiscal conservatives really didn't like him.  See, they wanted Bush to cut taxes back to the Reagan era lows of 25%.  He only cut them by 4-5% to around 33%.  So they felt a bit betrayed but grinned n' beared it because they knew the alternative was dramatically worse.

Then Obama wins.. and everyone is scared. And the Reps said, 'He's a Communist!!... he's a Socialist Anarchist!' and so on... But he wasn't.. he was an economic Fascist (not to be confused with anything ethnic; Fascism by definition is the merger of state and corporation)

And to guarantee he had the financial backing to get re-elected, Obama basically decided he'd govern as 'Black Bush' and pretty much kept to every fiscal policy of his predecessor including extending the Bush tax cuts two years in a row.

But of course to the hardcore fiscal conservatives, this wasn't good enough.. They wanted Reagan-like cuts and put their chips (reluctantly) behind Romney.  And as a party, the Reps couldn't begin to hide their hate and scorn toward the working and poor classes.. and they lost, and Obama got re-elected.. 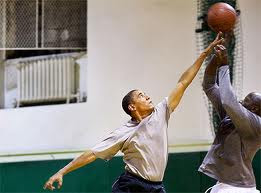 And here we are..  A big pretend drama called 'fiscal cliff' where taxes on the heartless super-elite are finally to be raised even if its only to Clinton levels (no politician is brave enough to push it to Kennedy - Nixon - Carter levels) and those stinking stinky Tea Baggers refuse to see the forest from the trees to understand how fortunate they are to not only have been paying so low in taxes but to have gotten away with it for over 30 years!

As we said before, on some issues we are steadfast on the Republicans' side.. When it comes to 'fiscal cliff' and the wealthy finally paying more taxes, we are in support with the Democrats...  Until the next issue of importance becomes public debate and we'll decide accordingly whom to support...

People matter more than parties.
Posted by dsasR at 11:58 AM