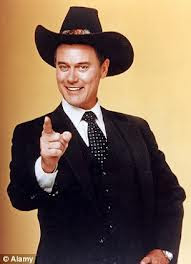 ~ "I wear black on the outside, cause that's how I feel on the inside"
'Unloveable' -- The Smiths
You gotta love them Congressional Republicans..

We were kidding of course...  Hard to love the black hearted.

But goodness how empassioned they are to want and need to cut and slash those Medicare and Social Security benefits... They call them 'entitlements'.   Sounds so condescending... Who do all those worker-bees think they are to be 'entitled' to anything?

Well, we would think if one worked 45-55 years in a system that took bi-weekly payroll tax stipends to be set aside for future benefits, that that person would be Entitled to some of it back, yes. ~ "I'll hurt those dern' common people if its the last thing I do!"

The problem as they see is that people are just living too dog-gone long, Darn it!  Why heck.. when Social Security was first introduced in the 1930s during the Great Depression, most people didn't live past their mid 60s.. Boy those were the days, ehh?

But now.. shoot.. everyone's living and living.. and we just gotsta raise that minimum Social Security age high enough to ensure a nice chunk of people can start dying off before they begin getting back what they paid n' paid into...

That's quite 'compassionate' of them Republicans...

Kinda get the feeling if some of them hardcore fiscal conservative Tea Bagger types could have it their way, eugenics would be part of the fiscal cliff discussions as well.

And we wonder-- how low can cost-of-living hikes go?  From 2009 to 2011 calendar years, there was Zero cost of increase in benefits...  We're sure the Congressional Republicans will figure a way to slice into that figure.  And lets not forget that numbers are manipulated so that the rise in cost of food is not considered as to whether or not there's inflation to adjust Soc Sec's increase to... 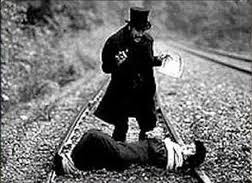 So its not like retirees are packing away the savings... And if they have any savings at all, it sure is hard to live and keep up on inflation on a savings interest rate of a tenth of one percent...

But the Republicans' plan was a counteroffer:

"The proposal from House Speaker John Boehner, R-Ohio, and other Republicans comes in response to Obama's offer last week to hike taxes by $1.6 trillion over the coming decade but largely exempt Medicare and Social Security from budget cuts. "  (AP)

Those tax hikes would be mostly affecting the very affluent; those who may not like to pay taxes but wouldn't feel any alteration to their lives (OK..perhaps one less trip to Aspen).  More importantly Medicare and Social Security wouldn't be touched... And in spite of any fear-mongering pronouncements, neither program is anywhere close in the near term to insolvency.

"The GOP plan also proposes to raise $800 billion in higher tax revenue over the decade but it would keep the Bush-era tax cuts — including those for wealthier earners targeted by Obama — in place for now."  (AP)

Sorta contradictory isn't it?  If you're going to preserve tax cuts for the wealthiest, who will be contributing to that $800 bill in additional revenue?  The middle class?  Aren't they the special class that both parties court to death every two year election cycle?

Guess Boehner means the working class.. the poor...  And how do you draw more blood from that stone?  You push for Value Added Taxes... National Sales Taxes... increase taxes per gallon on gasoline... Anything that everyday people need for basic survival, you hit them in the pocket or purse under the guise of it being 'equally' paid by all...

And $800bill in new taxes.. that does sound impressive... Oh.. Wait.. that's over 10 years which comes to $80bil/year... guess it isn't quite so impressive after all. BTW, how much is the Fed spending per month on its infinite QE3 manipulations?  Around $40 billion--- a month.

So.. let's see..  the Fed is going to spend $40 billion a month for as long as it wishes to artificially prop the stock market which comes to $480 billion/year and this will increase the public debt by that amount.. and the Republicans offer to raise taxes to cover a mere 2 months of that expenditure, which does not cover any other aspect of the yearly budget??

Well at least we know which side of the fiscal cliff debate are wearing the black hats...
Posted by dsasR at 2:00 PM