In the News: Amazing Kreskin’ Offers to Fix ‘Fiscal Cliff’

Finally, a light at the end of the “fiscal cliff” tunnel: The Amazing Kreskin is here to help.

Kreskin, billed by his publicist as the world’s most renowned mentalist, was a fixture on “The Tonight Show Starring Johnny Carson” in the 1970s. Now 77, he says he can break the stalemate over taxes and spending that has gripped Washington for much of the past two years.

All it would take is an hour in a room with President Obama and House Speaker John A. Boehner (R-Ohio) or their proxies.

“If I can, through mental suggestion and mental conditioning, bring both to a state of mind where I’ve lifted all the pressure, all the threats, all the money being offered and all the fears of the next election, I can bring them together to their unconscious level, and they will start to think in terms of compromising,” Kreskin said in an interview.

Kreskin made the offer via news release Thursday to fly to Washington and help with the cliff after observing what he described as a mounting crisis in government.

“I’m a little bit worried we’re in a crisis psychologically, too,” he said. “We’ve got to start thinking about each other.”

So, how would it work? On television and in his stage shows (after four decades in show business, Kreskin is still performing more than 200 times a year), Kreskin is famous for astounding feats of mind reading and mental dexterity. On former Arkansas governor Mike Huckabee’s Fox News show in 2009, Kreskin distributed 52 playing cards throughout the studio audience, and — by encouraging people to “talk to me” mentally about the cards in their hands — tracked down the person holding the very card that Huckabee had plucked from a separate deck moments earlier. (It was the three of clubs.)

“They don’t call you the Amazing Kreskin for nothing, do they?” Huckabee marveled.
Now Kreskin says he can look deep into the minds of Washington politicians and “envision” the “pathway” to a mutually acceptable compromise that he believes is buried there.

“Don’t give me that crap. These people have a sense of what has to be done,” Kreskin said. “I could bring out of them the mind-set to say, ‘Hell. Jesus. We’ve got to start to think together and to give and take.’”

Yes, he said, “partly I will” read their minds. But Kreskin said his gig in Washington would not be a typical performance.

“I do think I will know when they’re revealing and saying something that is true. And I’m going to confront them and say, ‘Let’s continue on this track that you honestly know is the right way.’ ”
Kreskin says he has no “clinical bias” in this case. He says he is neither liberal nor conservative, and that he doesn’t much care whether taxes go up or spending goes down, or how Washington solves this problem. But the problem, he says, has got to be solved.

“This is not as crazy as it sounds,” he said. “The bottom line is, what the hell have we got to lose? This is becoming a three-ring circus.” 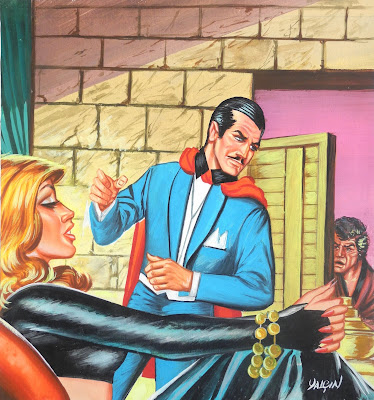 The Amazing Kreskin (born January 12, 1935), born George Joseph Kresge, is a mentalist who became popular on North American television in the 1970s. He was inspired to become a mentalist by Lee Falk's famous comic strip Mandrake the Magician, which features a crime-fighting stage magician.