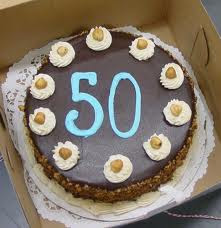 Today is July 2nd- quite an important day in US history.

In 1776, the Continental Congress met in Philadelphia an adopted the resolution breaking ties with the Kingdom of Great Britain.  The official Declaration of Independence would be ratified 2 days later.

In 1890, the US Congress passed Sherman Anti-Trust act, one of the most important pieces of legislation to prevent monopolies and creation of 'too big to fails'.  Of course when it comes to banks, this principle is ignored but overall the Act kept corporations in check for close to 100 years.

In 1964, U.S. President Lyndon B. Johnson signed  the Civil Rights Act of 1964 meant to prohibit segregation in public places.

All three being very important events of course, but we thought one event was a little more interesting though at the time it occurred, would have been deemed quite insignificant:

Think about that-- only 50 years ago, Wal-Mart was simply one small goods store in a small town in rural Arkansas.  Sam Walton, the store owner probably only had a handful of employees when he opened and yet possessed a big dream of entrepreneurial success and seeing his business grow. 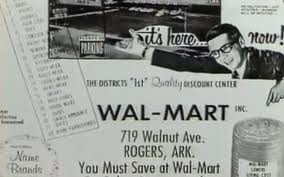 Walton invested 95% of his own capital to open that store... only 5% came from bank loans.  It only took 5 years before Wal-Mart expanded to 24 locations, all within the state of Arkansas and reached $12.6mil in sales.

The company would expand outside the state for the first time in 1968 with locations in Missouri and Oklahoma.  By 1975, Wal-Mart was operating in five states with 125 stores, 7,500 associates, and total sales of $340.3 million.

Through the late 1970s into the 80s, the company became a corporation as it bought out struggling stores and competitors and expanded first into the southeast and then eventually nationwide by the late 1980s. Then came "Supercenters", 'Sam's Club' and other ventures to expand the Wal-Mart brand.

Walton passed away in April, 1992.  Since then, Wal-Mart has continued to expand globally with stores in practically every nation on every continent with annual revenues worldwide in the hundreds of billions. 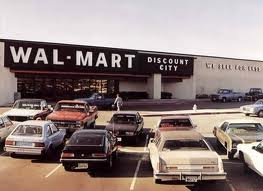 We decided to write about the birth of Wal-Mart not as an attack hit piece on the corporation but rather as a means of providing inspiration.

Practically every Fortune 500 international corporation began as a small business with a owner or owners no different than you or we, driven to build a business from scratch, put it in the best position to succeed and pursue their individual entrepreneurial dreams.

--  Wal-Mart's main competitor Target stared out originally as the Dayton Dry Goods Company in Minneapolis, MN in 1902 and named for its founder George Dayton.

--  The department store mega-chain Macy's was founded by Rowland Hussey Macy who set up 'Macy's Dry Goods Store' in NYC in 1858.

--  Coca Cola was founded by Asa G. Candler and Dr. John S. Pemberton at their drugstore in Columbus, GA in 1886 as a response to a law of prohibition in their county.

--  Pepsi Cola was first introduced as "Brad's Drink" in New Bern, North Carolina in 1898 by Caleb Bradham who made it in his home as a way to improve digestion 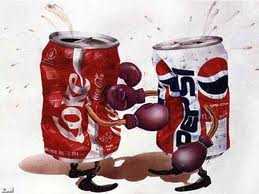 --  Mcdonald's began in 1940, with a restaurant opened by brothers Richard and Maurice McDonald at 1398 North E Street at West 14th Street in San Bernardino, CA

--  Burger King's origins were a restaurant in Jacksonville, FL back in 1953 called 'Insta-Burger King'. Their inspiration was the success of the McDonald's model a decade prior

--  CVS Pharmacy was originally known as Long's Self-Service Drugs in 1938, by brothers Thomas and Joseph Long with one location in Oakland, CA

--  Procter & Gamble was started in 1837 by William Procter, a candlemaker, and James Gamble, a soapmaker.  By 1859, they reached sales of $1million and during the Civil War was exclusive distributors of soap and candles to the Union army.

We can give endless examples but the point is made.  With very few exceptions, all major national and international corporations started out as small businesses with owners possessing big dreams. 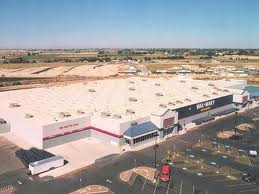 It is always ironic that the larger a corporation grows, the more they forget their roots as they desperately work to stamp out competition.

But if you have a dream, possess business acumen and have realistic goals, there's nothing stopping you from being a success and creating something special like Sam Walton did.

Even in a recession-depression, there's always opportunities...
Posted by dsasR at 11:24 PM