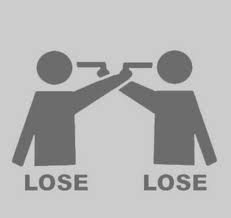 Ever been in a situation where no matter what happens, its lose-lose; where a situation presents itself where you really don't know what to root or (dare we use this horrid word) "hope" for?

Tomorrow's release of the June 2012 jobs report is like that.

No matter what the results, there's simply no way to celebrate it or at least from our perspective, have anything to cling to as a moral victory.   We'll explain..

Here are all the possible scenarios:

A)  The jobs report announces 100s & 100s of thousands of new jobs were created and unemployment dropped to under 8% --  OK, if this happened it would mean the Bureau of Labor Statistics, which compiles its stats by polling a small percentage of Fortune 500 corporations, Severely manipulated its findings to come up with those numbers.

There is no way in Hell that hundreds upon hundreds of thousands of new jobs were created in the month of June--  None.  BLS would lose whatever remaining shred of credibility it has left.

B)  The BLS report matches the predictions of the so-called 'experts' --  The 'experts' who usually are Wrong, are predicting a jobs increase between 80k-100k.

Remember with rising population and recent graduates entering the workplace, the economy needs to be creating 225k jobs/month minimum to keep up.

Also remember the BLS stops counting people as "unemployed" after not finding a job for 6 months or those who lost hope in finding one--this keeps the "official" unemployment figures artificially low. 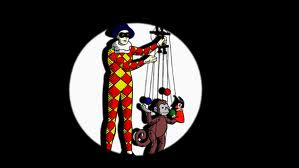 So even if those targets are met, its not a good thing by any stretch unless you're one of those pollyanna, cup is always full, 'at least its not negative jobs growth' people that others Hate deeply and want to punch in the cheek.

If 'B' occurs tomorrow, the economy is simply meandering in circles as it has the last couple years.  And honestly, why would you expect any different?  Is the government suddenly hiring en masse?  Was there a giant Jobs Creation bill passed which A&G somehow missed reporting on?

The problem is that anything that falls under projections gives even more excuse to those (fill in the blank) at the Fed to start another $1 Trillion or two (or three) of Quantitative Easing which only helps Wall St and does Zero for true job creation.

And anything.. we mean Anything that makes banks, corporations and Investors happy, we are defiantly against.

If government and finance were not so corrupt to the core, the markets would have corrected itself the natural way.. a continual downward plunge in 2008/09 to a true bottom point, even if it meant Dow 3000.. then slow continual growth upwards based specifically and solely on the growth of the US economy.

In other words, to make the markets go up, government would actually have to address the problems and concerns of the 99% and not bypass them with continual liquidity injections to the market.

Remember, if Wall St really was affected in any way by poor jobs growth as it pretends every month on the first Friday, the Dow would not be over 12,900...  it would be somewhere over 9k. 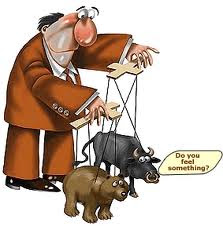 D)  Jobs report that shows job losses for June--   In a way, we hope this occurs because quite honestly, we're sick and tired of the vast majority of Americans believing everything is OK or business as usual.

This ostrich-like head in sand mindset continually allows government and finance to get away with murder without any checks and balances, or passionate public outcry to force the corrupt corporate media to do their job.

We at A&G and others continue to fight the good fight but we're not self-delusional.  Many many visit our site daily but its nothing compared to the views on a mainstream news website even though 100% of the information provided is in one form or another agenda driven.

And to wrap up this point, as with option C, the worse the Jobs report gets, the more the rats and roaches on Wall Street will Screammm~ for QE3..  In layperson terms it would sound like this:

"Give us more free money!!  Give it.. Give it!!  Fuck Americans.. To hell with the next generation who will pay the bill..  If it gets bad cause of us, we'll just immigrate to Brazil or Australia... Give us that Money so we can Invest and Profit and put it in tax-free offshore accounts!.. Give us $$ NOW!!"

So you see, there's no happy option to root for when Friday's jobs report is released.  Everything is so rigged and manipulated that 'small' is treated as 'super-size' and 'shit' becomes 'souffle'.
Posted by dsasR at 12:33 PM