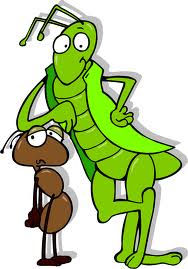 ~ 'Ants sure are stupid little creatures..working.. toiling all day..  I'm a grasshopper.. I'm better than them.. I invest...'

Its the third day of triple point gains.. why?

More continual rumor and playing up Investor hopes that all the problems of the EU will finally be solved (to the banks favor, of course)

And the 'exciting' life-altering news that has caused Investors' finely pressed slacks to show noticeable bulges of delight?

'Weidmann' is Jans Weidmann, President of the Bundesbank in Germany.

Big deal!  They talk to each other all the time...  it is usual practice and nothing special that Draghi meets or talks with the members of the Governing Council.

Yet the markets are spiking over this?

We told you in our last post.. if the market could have figured a way to spike 100-300 pts based on Colorado's tragedy, it would have and lost no sleep afterward..

Its the nature of the beast... 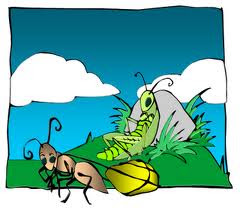 Will anything happen at this 'important' meeting on Aug 2nd?  No

Has anything in the world of reality changed?  No

Just a perfect set up for a very big drop on Monday which CNBC & other financial media will refer to as mere profit-taking.

Its actually very funny... quite comical..  Imagining bottom-feeders dressed in expensive suits and 24k gold tie-clips & cufflinks playing 'Follow the Leader' on every rumor, hunch or innuendo for fear of missing out on the big bull market rally...

We wish there was a way that photographs could be taken of each and every one of their faces when the market crashes this autumn like 2008 and they lose 20-60% of their total net worth... 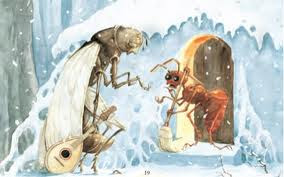 In some versions of 'The Ants and the Grasshopper', when winter comes, the grasshopper, a most pathetic sight, 'knocks' on the 'door' to where the ants are happily nestled, asks to come in from the cold and hunger, and the ants kindly oblige.

We prefer the other versions-- where the ants look at this once-proud grasshopper, now lowly and humbled, and then converge upon to devour the grasshopper till there's nothing left.

Shame Aesop never wrote 'The Ants and the Investor" 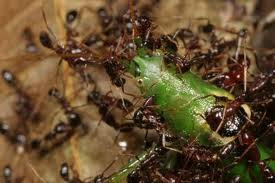