Job Creation on a local level 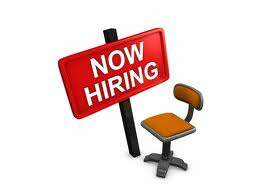 When we compile our information for our daily postings, we tend to read quite a lot-- from corporate mainstream (its a good origin point- nothing more), national and foreign newspapers, journals, institute papers, etc..

We also scour city and regional papers for local stories affecting specific communities that we think may have a bearing or connection to the overall state of the US & global economy.

We found two articles on the website Philly.com which is as good an example as any of the utter and total disconnect with politicians between the importance of keeping good paying jobs in a community, the deficits in city & state budgets and just exactly how new low-wage private sector jobs are "created" by politicians

The first article was actually from AP but posted on Philly.com (God forbid newspapers hire writers that cover anything beyond local sports and kittens caught in trees):

"Unions representing workers in the northeastern Pennsylvania city of Scranton expect to file a federal lawsuit against the city after the mayor abruptly cut their pay to minimum wage.

The attorney for three unions, including firefighters and police stated he expects to file several legal actions, including a motion to hold Mayor Chris Doherty in contempt of court for violating a judge's order to pay full wages.

Doherty last week cut the pay for about 400 employees to the federal minimum wage of $7.25 per hour. He says it was the only way for the cash-strapped city to pay bills, and promises to restore pay once finances are stabilized.

Doherty is locked in a dispute with Scranton's city council over a financial recovery plan as it faces a $16.8 million budget deficit." 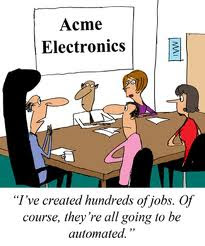 OK-- Obviously we think its horrendous that people's wages can be dramatically cut to that degree, especially at the will and whim of one individual..    But that's not the main point we're seeking to point out.  These are:

1)  Scranton, PA like many many cities and communities are cash-strapped.   Why?   The #1 reason is a lack of tax revenue to meet its fiscal obligations which include funding of pensions.   Less tax revenue means less $$ which means less social services- teachers, firefighters, police, waste management, etc..

Everyone wants tax breaks and of course forgets how the revenue is used...

2)  The Mayor of Scranton did not pick $7.25/hr as his wage point because he likes that number.  It was chosen because it is the lowest legal wage an employer can pay.

If minimum wage was $3/hr, he would have lowered wages to it...   If there was no minimum wage law on the books, honestly who knows how low the Mayor would have arbitrarily dropped the city workers' salaries.

For anyone who is against the raising of the minimum wage, understand it is to protect people in situations like currently in Scranton.

Now we move on to article #2 -- So how do politicians create private sector jobs for their nation, state or community?

Simple- by enticing corporations to either relocate to their area or provide enticements for the businesses to not flee to greener (as in $$ green) pastures. 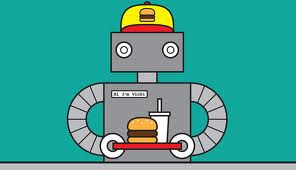 "Pennsylvania taxpayers will give high-end department-store operator Neiman Marcus Group $900,000 in grants and tax breaks for the company's planned $12 million, 200,000 sq ft warehouse in Jenkins Township, near Pittston, Luzerne County. In a statement Gov. Corbett said the chain will hire "at least 151."

Corbett credited the subsidy and the state's "pro-business climate" for Nieman Marcus' plan to build in the depressed former coal region."

For the 2011-12 State Budget, Pennsylvania had a deficit of just over $4 Billion.  In other words, it was going to spend $4 Billion more than it took in with tax revenue.  But unlike the Federal Govt, US States can not have yearly deficits-- they must balance their budgets.

No tax increases though..  No No No... Much easier to get re-elected when you reduce taxes on the middle class and wealthy who vote while cutting services and social programs to the poor who usually don't.

So back to article #2,  let's do some basic simple math.. 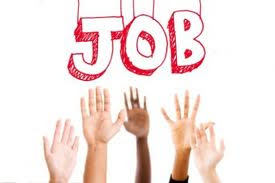 But let's also look at this another way...

Let us say this $900k in tax credits is to be evenly divided over a 5 year period rather that one lump sum, that would mean annually, high-end luxury retailer Neiman Marcus would keep $180k that would normally go to the State Treasury.

It will cost PA $1,125 in tax revenue per person for 5 years to entice Neiman.

But certainly the goal is to get people working again right?  So who if anyone will make up that shortfall?   Why, the new worker at that Neiman job of course..

Let's continue with the simple math.. 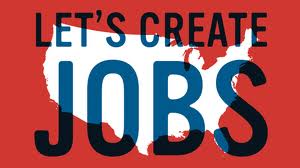 Hmm.. that's funny..  The amount in state taxes paid by the factory worker based on a realistic wage of $9/hr is Less than the cost of the state to create that new job..

And lastly, why do politicians make terrible decisions like this?

1) Most people don't have the slightest clue how governments work.  If a politician shows 'job creation' few to none really care exactly how the job was created or the expense and as a result, he/she gets re-elected.

2) When politicians give corporations special perks and tax breaks to stay in a community or re-locate, its not as if palms are greased only in one direction...  usually a nice campaign contribution check follows.

Lesson of the day:  Politicians do not create jobs.  They really do not create much of anything that is positive.  They smile.. they dress professional.. and they hurt average people more than they assist.
Posted by dsasR at 11:28 AM