The Downfall of Best Buy 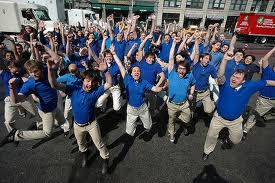 We often see business news headlines of Company X 'downsizing' or Company Y 'restructuring', both of which in simple English is called layoffs.

And we usually just skim through it and move to the next headline-- it is human nature of course.  Who wants to take the time to read what doesn't affect them.

Yours truly saw one of those headlines yesterday, this time concerning Best Buy.  Though not currently nor ever an employee of theirs, it did affect in some small way, so I read the full article.

Before I go into the article, its best to establish a prelude; a personal anecdote..

It was July 4th of this year (which as of this writing was 5 days ago) ...  Slow day and such, so I went out and about... This place and that place; mostly boredom filler.  And among the stops in my journey was the local Best Buy.

Didn't need anything in particular but was open to getting something if object and price point struck my fancy..  So I walk around.. looking around.. observing.. noticing..

Noticing and observing how many Best Buy employees were standing around socializing with each other while oblivious to the customers around them. 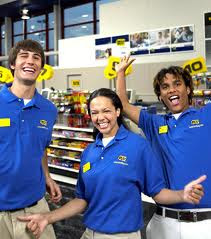 ~ "You're kinda interrupting us but, OK, what's your question?"

Noticed them standing around in the cell phone sales area.. noticed the small group of chit-chatters in the PC section as well...  And Really noticed them.. all 6 of them standing in a half circle in the middle of the store speaking of their 4th of July plans and how bored they were while I was in earshot.

They all looked between 17-25years old; restless.. disinterested.

I actually had a question or two on a product by this point but I didn't feel like disturbing their pow-wow, so I left...

And bought what I wanted on Amazon instead.

I wrote Best Buy a letter explaining what happened and why their sales are suffering -- poor customer service.   No surprise-- I received no reply.

Now I may not have liked all these little clueless idiots in blue polo shirts & khaki slacks standing around and socializing on the sales floor as if they were on break, but it seems Best Buy prefers that type of employee to those with technical knowledge...

"The heart of Best Buy's customer service model took a blow Friday when the company said it was laying off 600 of its Geek Squad employees and 1,800 other store workers....

The layoffs represent 1.5% of Best Buy's overall workforce but 3% of the company's Geek Squad employees, who can assist with technical issues inside stores or at customers' homes."  (LA Times)

~ 'It is simply beneath us to compete with Amazon's prices..'

Why would Best Buy do this, you may ask?

Well, they want to put their $$ elsewhere...

"Best Buy said the layoffs were part of a larger turnaround plan announced in March. The company at that time said it would cut the size of superstores by 20% and open 100 Mobile Stores, which mimic the Apple Store...  In the process, Best Buy closed 50 of its superstores and cut 400 corporate and support jobs...

(In January), Chief Executive Brian Dunn stepped down as news of his relationship with a female employee came to light..."

Don't you hate how people's ability to pay their bills have to be fucked with so a CEO can continue to fuck someone probably half his age?

More from the LA Times article:

"Financial analysts and people who follow the company expressed confusion with this latest move.  "Service is the only thing they compete with now," said Michael Pachter, an analyst at Wedbush Securities Inc. in Los Angeles...

This all feels eerily familiar... where did I see this before? 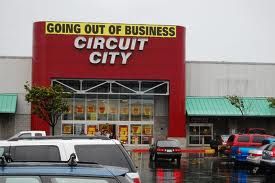 Oh yes... Circuit City.   A few years back to save some $$, they decided to unceremoniously dump thousands upon thousands of its knowledgeable employees making $9-$10/hr and replace them with people who didn't have the slightest clue how electronics worked at a dollar less an hour...

It was brilliant-- they saved so much $$ while people would go into their stores, ask questions while looking at blank expressions, then leave to buy their products elsewhere.

At the rate they are going, probably-- give them a couple years.  And based on corporate decisions like what was made yesterday, its looking like it will be equally deservedly so.
Posted by dsasR at 12:09 PM