What did Wall St expect?! 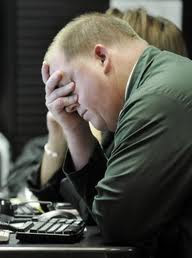 "Stocks fell sharply Friday after the release of a dismal report on hiring and employment in the United States. The Dow Jones industrial average dropped more than 200 points, leaving it down for the year.

American employers added just 69,000 jobs in May, the fewest in a year, and the unemployment rate increased to 8.2 percent from 8.1 percent. Economists had forecast a gain of 158,000 jobs."

As of 2:45p, the Dow is -235.  And who knows, maybe magically by 4p, the Investors will manipulate it up into plus territory but we'll assume not..

Now the only two relevant questions worth asking is 'What did Wall St. expect?!' and following-up with "Where were these magical jobs supposed to come from?"

In trying to answer these questions, its important to understand that job creation comes from one of three areas-- government, corporations or private small-medium businesses.  That's it..

So let's take a moment to analyze each sector: 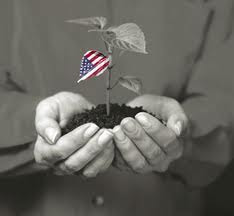 Wall Street i.e corporations love to complain about the size of government; its too bloated, too bureaucratic, too this.. too that.  In fact during the Great Depression of the 1930s, Republicans fought FDR bitterly at every step as he expanded government hiring so people could have jobs and means to support themselves instead of being jobless and ultimately homeless.

Wall St's belief was it government hiring took workers away from the private sector.  More specifically, how could corporations be able to pay workers $3 day if the government was offering work at $5?

The concept works like this-- A job is offered at $10/hr.  In a normal economy, it would be $15 but because the employer is getting thousands of resumes from desperate applicants, $10 it stays.  Now if the Government comes along and hires thousands of people at $16/hr, then that business will be forced to have to offer $16/hr and perhaps only get a dozen applications.

So when state and local governments are firing people left and right-- teachers, firefighters, police, etc, in a desperate bid to meet budget (unlike the Federal Government, US states and municipalities are not allowed to carry budgetary debts into the next fiscal year) Wall St. ought to be happy piggies.

That's what they want right?

Here's another sad irony-- all those hundreds of thousands of brave men and women who serve in the Armed Forces and fight our endless wars overseas... Well, they don't do it for free.  Who pays them?  The Government, thus they are government employees. 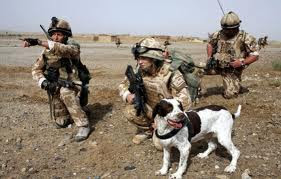 So its a catch-22 for Wall St-- decrease government hiring so you have more and more people out of work and desperate for whatever pittance of a wage the private sector will give, but then you don't get to have those 'fun' wars anymore which allow corporations profits to grow even more than in peacetime.

So sizable job hiring is not coming from the public sector.  Guess that means corporations are ready to pick up the slack, yes?

And if Wall St wants improved job hiring as they claim, why do they celebrate every time a major corporation plans to fire tens of thousands of workers?

When times are bad economically, its called "downsizing".  When times are good, its called "restructuring".  Either way, what happens is something like this:  Company X decides it will layoff 25,000 workers.  This pleases shareholders greatly-- more profit-- and the company stock rises which attracts more investors. 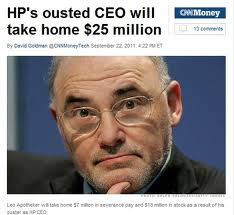 Now Company X doesn't truly eliminate 25,000 people.. they will eliminate perhaps 75-80% but then re-hire the remaining 20-25% at lower wages or simply use temporary workers who get no benefits, job security or employee rights.  Short of sexually harassing a temp, you can pretty much do what you want to them and never have to worry about litigation.

So as the previous quote stated, Wall St isn't upset specifically that people aren't getting hired.   It just means more temps and more people dependent on credit cards to survive.  Its the thought of 'weaker corporate earnings' that's the real kick to the crotch.

So if the public sector is shedding jobs to meet budget and corporations only want to hire temps, we guess its this sector that's creating all the jobs right?

Well it is true that more people work in small to medium sized companies than corps or government jobs, but nonetheless, how is Mom & Pop stores really expected to survive in the broader US economy?

Rather than get tax breaks like the corporations, they get pounded with taxes.  And there is no such thing as a "too big to fail" for a company that has 250 employees.  If they are in a financial bind because people aren't buying their products or services, who do they go to for bailouts?

Overall, small to medium businesses are shedding jobs, not hiring. 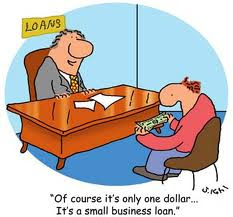 It is also more and more difficult to create new businesses.  Banks won't lend and the Government does very little to provide grants and start-up assistance to budding entrepreneurs (yet have no problem loaning 18yr olds tens of thousands of dollars to go to college to major in Partying)

Every major corporation listed and publicly traded on Wall St. started as a small to medium sized business...  Every One.
_________________________
Before this post concludes, we want to help put the 69,000 new hires for the month of May into a clearer context because large numbers always have a way of being glossed over and manipulated.

Perhaps in a population like Alaska-- about 627k people, an increase of 1,380 jobs in a month isn't so terrible.  But Alaska is not the norm-- they rank 48th in US population.

How does 1,380 new jobs created in one month look in a state like Illinois with population of approx 12.9 million?   Or Florida with approximately 16 million people residing there?

Let's break the numbers down a little further... 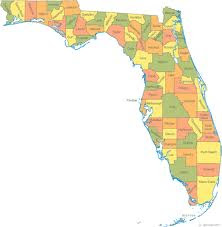 So we end with the questions posed at the beginning: What did Wall St expect?  and Where were these magical jobs supposed to come from?
Posted by dsasR at 11:59 AM