Ducks, Bread and the Fed 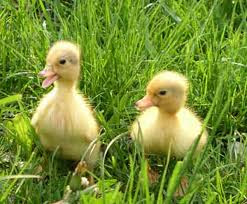 We start today's posting with a true story from yours truly...

When I was little, I lived briefly in a very rural area.  Not to the degree of a fully functioning farm but rural enough that there was a good space of land between us and any other neighbors with a waterway which was perfect for fishing for anyone who enjoyed that sort of thing.

And on the property, live a large family of ducks, perhaps between 15-20, all following the leader which was their 'Mama' or 'Papa' duck.

One day I decided I would go outside, loaf of bread under arm, and feed the ducks.   It didn't take them long to notice me and to run quickly & clumsily toward every piece of bread I tossed.   Sometimes I'd toss bread pieces directly at them; other times purposely away from them so I could have a little laugh watching them scurry about.

Other times I would jog around the property so the ducks would follow and chase after me, occasionally tossing bread pieces to make sure they continued following.

Over time this activity went in the ducks' minds from surprise to complete expectation. It got to a point where every time I would leave the house, the ducks would gather quickly about me for their next meal, and if I went back in, they'd linger by the door for long stretches making loud noises which got to be at times irritating. 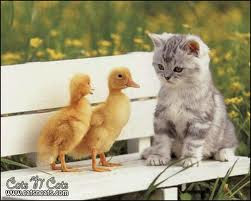 There was one duck in particular (I referred to him as "Tuffy") who seemed to resent having to chase me about for the bread.  The duck had serious attitude!  So if I had no bread to give or I neglected him, he'd snip at my leg or literally use his beak to 'Bop!' into my ankle.

Tuffy duck was not going to be denied what he grew accustomed to receiving.  He Wanted that bread... he Expected it...  he let me know in his mind I was to serve him and be his provider.

And because of it, I stopped altogether.

Whenever I think about Wall St; about banks and Investors and the Federal Reserve, I always end up thinking about those ducks and how ultimately there's very little difference.

Last Thursday, Friday and this Tuesday the stock market saw triple digit gains on the expectation and demand that the Fed intervene and pump more liquidity into the markets.   Didn't matter if the Fed used Greece or weak jobs or (fill in the rationale)--

So Bernanke provided the "Tuffy ducks" more 'bread'... they were pleased for a day and now realized they want more 'bread' than what was provided.   They don't want little scraps of "Operation Twist" brand 'bread'..  They really want those large QE bread pieces fed to them.

And the 'ducks' (really they're rats) will make a big stink until its done. 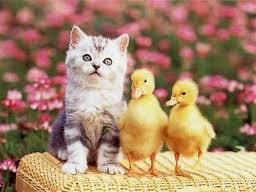 Today's actually a good day in the economy even though the financial media will portray it as doom and gloom.   First,  as of 3:30p, the Dow is down -230pts.  We always celebrate a down day even if the reasons are as fake as eyelashes.

In addition, oil is trading under $80/barrel for the first time in many many months, which of course Investors hate.   And the US dollar is gaining strength due to the Euro crisis, which Investors & Corporations Really Really Hate

But getting back to the duck/Investor comparison, what should be happening is the Fed, which holds the 'loaf of bread' under their arm, teach the banks and Investors a lesson in respect by doing absolutely nothing, and simply watch them desperately run in panic until they understand not to expect constant intervention and bailouts for the mess they created.

But like we've said often, the Federal Reserve is not a government agency.  It is as private a business as Federal Express and its clients are the same banks and other financiers who manipulate the market to get their way.  So expecting any change in policy is a pipe dream. 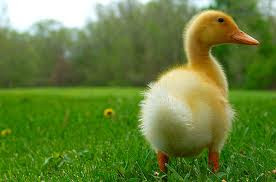 And expecting some other Fed Chair to come along and institute a different policy is a waste of time.

Most are unaware of this but when its time for the President to nominate a new Fed Chair, the list of choices is provided to him by the Fed.  This is a big reason why so many Fed Chairs get re-nominated by Presidents of different political parties...  the President looks at the list and thinks to himself, "What's the point?" and just re-nominates...

Here's another thing most do not understand.. there are two economies in America.  The Wall St economy and the Real World economy.   On occasion they blend to each other so success in corporate America "trickles down" to Main Street America but its rare.

If a Fortune 500 company's profits are up 25% or exporting more products abroad, it does not make your life any better unless you have investments with company X or work there, and even then your job isn't safe because you can always be fired as part of a 'restructuring'.

What is the difference?  Plenty.   A position is an opening for a person to earn money in exchange for work provided.  It can be minimum wage work, temp work, part-time work, etc..   Usually positions pay hourly wages and have little to no security.

Jobs are positions that pay a good wage; enough to allow someone to pay their bills and still have a little something left over.  Jobs usually require education, provide benefits, allow the employee some rights and protections within the company and usually provide opportunities for future career advancement and/or promotion. 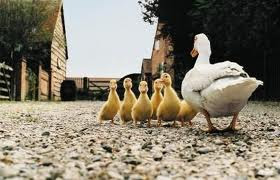 Eventually Wall St will have to do what its successfully avoided for 45 months now... basically, to take its lumps and accept Loss.   As a nation, we've experienced 'panics', recessions and depressions'before... And Every time we've overcome it and been stronger economically...
In nature, life is about seasons. One can not have a springtime then eventual summer without a winter; it can not be held back indefinitely and the longer the attempt, the more foolhardy it will ultimately be...   Eventually the finance world will be learning this.
Posted by dsasR at 12:24 PM