The Real War at Home 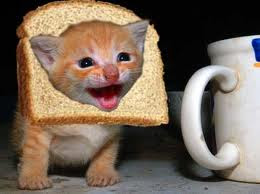 ** For today's posting, the photos we use have nothing to do with the topic at hand.. we just thought some "breading" pics of cats would make people smile.  "Breading" is simply popping a soft piece of bread gently and harmlessly through a pet's head..
For all the talk about foreign wars and other entanglements, there is a war on the home front that no one talks about and few if any Truly understand.
We do not speak on a war on "Terror" or "Drugs" or 'Civil Rights'..
It is a war that pits the US government vs the US individual, and the proper-clever title would be the "War on Personal Finance".
The following Yahoo! Finance headline is as good a place as any to start:
'Oil Prices Plunge: Why It’s Not Good for the Economy'
Let's re-read that a couple times..
So the plunging oil prices i.e. less expensive gasoline that we all put in our vehicles and which is good for Hundreds of millions of people, is bad for the overall economy..
So we should all be hoping and rooting for continual spikes in oil as a commodity so we pay more at the pump with money many of us don't have to spare, while also paying more for everything bought at a store from food to clothing, since higher fuel costs means a higher delivery expense which Always is passed to the consumer. 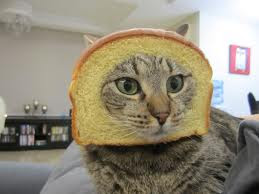 This is the ongoing war:  What's good for you isn't good for the Government so they will do everything humanly possible to manipulate the economy so the table tilts in their favor.
Another example and one we've talked about often-- dollar depreciation.  A strong US dollar means a consumer has more purchasing power to buy items and services.
Think of money as weight.   $1 equals 1 lb.  Let's say it takes 3 lbs worth of currency to buy a box of cereal i.e. $3.   OK..  Now if the money is devalued or 'hollowed' so $1 now equals 3/4ths of 1 lb..  This means it takes more pieces of paper to acquire the cereal that demands 3 lbs worth of currency to acquire.   That cereal now costs you $4.
This is what the Federal Reserve i.e. Ben Bernanke has done for close to four years.  The weaker the currency, the more it hurts individual purchasing power at the benefit of US corporations that do business abroad.  These are corporations that have pretty much given up on the US consumer so are expanding overseas and like General Electric and others, pay virtually no taxes.
Shouldn't we be happy with that?  Shouldn't we be rooting for US corporations to succeed?  Doesn't that mean protecting American jobs?
Yes and No..  Well... actually 'No' to all 3 questions because these corporations are truly not American.  They are international.
Coca Cola for instance was founded in the US and headquartered here, but they do business in over 100 countries, each with their own bottling and distribution centers.
Nike, a brand we personally Despise, is also headquartered in the US yet look at the label of any article of clothing with that stupid swoosh logo.. where is it made?  The US?  Hardly.. 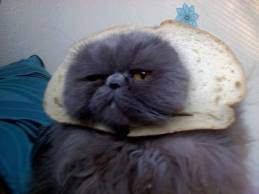 The most accurate way to think of corporations is to think of your favorite sports athletes... doesn't matter the sport-- baseball, football, soccer...  They say great things about your city, they live there, play there.. but if a better contract awaits them elsewhere, there's little hesitation to pack up and relocate, then tell that new city how great they are.
That's how loyal American companies are to the US.
To be fair, the US isn't the only nation that is at war with its populace.  In Switzerland, their currency, the franc was so Strong that at the behest of Nestle and other Swiss corporations who bitched and bemoaned loss profits via export, decided to purposely weaken it by pegging their currency equal to the Euro.
In Japan, twice since last year's tsunami in March 2011,  the Bank of Japan has sought the assistance  of global banks, particularly the Federal Reserve to assist them in devaluing their yen so their businesses could sell more cars and electronics while the Japanese people pay more for everything.
The war also goes into savings rates.  Interest rates are kept at unbearably low percentages not only to encourage more spending by people who are virtually tapped out in every way but credit, but because higher interest rates would mean it would cost more to repay US debts to its creditors.
So who bears the brunt?  Savers-- many who are elderly and who live on a combination of Social Security and the interest from the $$ kept in banks.  Instead of getting 2-3% from money markets or 4-5% from CD's, now those entities pay back nothing. 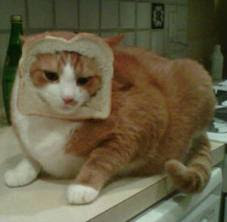 This of course pushes conservative, fiscally prudent people into speculation and risk i.e. the Stock Market but Wall St wants that, so everything falls perfectly to plan.
The Fed over the last couple years has artificially created inflation, meaning the cost of living going up, up, up.   Usually in a recession or economic downturn, prices go down.  Businesses can't sell products so they lower prices.  Cars and homes can't be sold.. so prices drop..  Supply/demand.
The Fed didn't want that.. so they stepped in and manipulated inflation so it would go up and supposedly this among other gimmicks like QE and 'Operation Twist' would propel the economy.
And to further give evidence of how much government manipulates the economy, Social Security is supposed to rise each year based on inflation yet it purposely does not take into account inflation in food and other basic necessities.  They can go up, up, up and still not trigger increased SS payments to elderly and disabled people.
But remember, the government doesn't give a bleep about you or your personal finances. Your function is simply to work, consume and obey the law... It cares about the health of the corporate economy and to enact investor-friendly economic policies.
Its human nature to only care about one's friends. 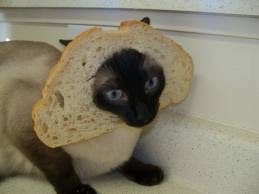 So there's an ongoing war.. one which individuals are too powerless to fight and as people, collectively we're too disorganized and clueless to galvanize and battle back.
That's why what's going on now is a delicious treat-- gas prices dropping just in time for summer travel, the stock market dropping continually meaning Investors are pooping into their pantaloons in fear of where to put their precious $$ and a Euro cracking apart, meaning everyone will be fleeing to the US dollar, thus strengthening it considerably...
Until the Fed re-manipulates things for their benefit over yours. 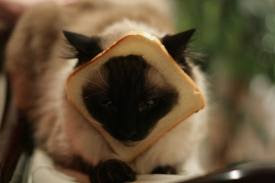