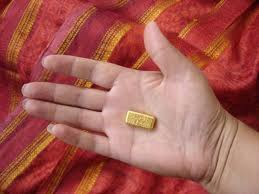 Wonder what the economic climate was at the time, especially since after all this was still pre-Lehman Brothers?

"Gold prices touched the $1,000 milestone for the first time Thursday (3/12/08) as the dollar plunged amid nagging fears about the health of the U.S. economy."  -- CNN/Money 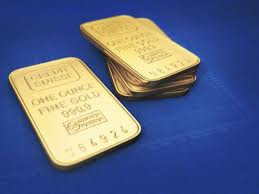 The US was in a recession back then.. Wait, correction-- the US is Still in a recession.  Its just that in March 2008, people admitted it..

Here's a funny-smug comment in that CNN article about gold and the US economy -- "When the economy ends its current downturn, gold prices should eventually fall, as they did 28 years ago. After hitting the $847 mark in January 1980, gold futures fell 70% to $253 in August 1999."

Interesting information in that little paragraph..

1)  Notice how cocksure the mainstream media was that the recession would end quickly and implication that those who owned gold were fools ("gold prices should eventually fall")?

Well the economic downturn hasn't stopped and gold has not dropped

What happened back in 1999 to cause such a drop in gold?

Oh yes.. the Dot.com bubble was still expanding.  Everyone was rushing to put their precious $$ into every internet start up they could find.   Then it went 'Poppp!' and the stock market valuations have really yet to recover from it, which is why the Fed intentionally pushed the post 9/11 housing bubble, and now the QE/liquidity bubble. 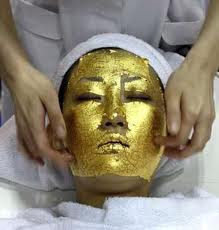 ~ Talk about an expensive skin peel!

Here's another little piece of interesting information from the article:

This one sentence written over four years ago goes to the very heart of the money devaluation we're all experiencing and few truly noticing thanks to central bank policy. (think of a lobster slowly boiled in a pot)

Someone in 1980 could have bought a little over 2oz of gold for the same amount of money in terms of purchasing power as what someone would need to buy 1oz in 2008.

The purchasing power of the US dollar has declined 50% in 28 years.  And most really never noticed or paid attention because what was the economic buffer of this and of stagnant wages, was the explosion of accessibility of personal credit.

But gold, like any publicly traded commodity goes up and down, even in time of economic misfortune.    Last July, gold was valued around $1757/oz.

The answer is found in the video we presented in our last posting.  Investors want certainty and right now the only certainties for investing are assets that are implicitly and explicitly guaranteed by central banks i.e. the Fed. 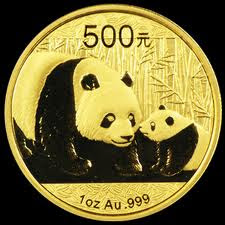 In other words, if the price of gold, oil or soybeans drops precipitously, there will be no government intervention to back stop that plunge to protect investors.   Market forces are still alive there and if you lose $, you're on your own.

With stocks, if it drops too quickly or too deeply, the Fed will virtually guarantee pumping more liquidity via QE, "Operation Twist" or other manipulative scheme to protect investors so they financially suffer... That is until something happens in the world to trigger a panic sell; a "black swan" event.

* 'Black swan' -- A metaphor that describes an event that is a surprise (to the observer), has a major impact, and after the fact is often inapproprately rationalized with the benefit of hindsight.

And when that happens, gold will skyrocket.

We don't advise you to buy or sell gold.    We're not financial advisors and we do not profit or benefit from one decision or another.  Everything in life has its plusses and minuses-- gold ownership is no different.  Be Smart.

There are two current economic truths to remember:  the worse the global economy gets, the lower the interest rates and the higher the price gold trades at.
Posted by dsasR at 1:29 AM