How to productively spend $600 Billion 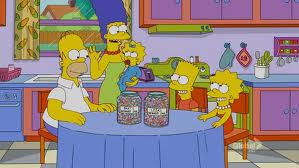 Its late night Tuesday or early morning Wednesday depending on where one is..  As of this writing, no idea how much the Fed is going to piss away to the bankers via QE3 or 'Operation Twist' or some other convoluted jibber-jabber name...

We know QE2 from a year or so ago, was $600Billion... It was divided into equal monthly sums of $50billion over a 12 month period to purchase toxic assets off bank balance sheets and replace the stench with fresh capital which Wall St could then use to invest i.e. put into buying their own stocks to exaggerate its true value.

So we got to thinking...  since that $600Billion was essentially pissed away down the drain (if it had been successful, there wouldn't be a demand/expectation for QE3 would it..), we wondered how that $$ could have been put to better and more productive use...

For instance, one of the excuses (lies) about the need for Quantitative Easing is that job figures were so weak in May and a 'jolt' is needed to get businesses hiring..    Uh huh.. sure...

So let's say instead of bailing out banks, the government used the $600 billion to create jobs, how would that work out?

The Bureau of Labor Statistics says about 12.7 to 13million people are "officially" unemployed so in essence that $600Billion would drop unemployment to under 2% 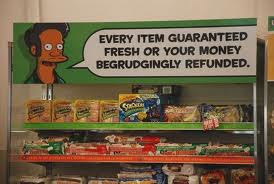 And unlike most banks and Wall St corporations like General Electric that pay no taxes,  revenue would be collected on the 12 Million newly employed people.  And these would be Real jobs, not Quik-E-Mart quality positions..

It would have given productive, hard-working people the means to pay their bills on time.. to continue making mortgage payments and avoid foreclosure and bankruptcy.. to lessen the total burden on food stamps use, welfare and unemployment compensation..

Funny how all those Ivy League brains in Washington and New York never figured this out... or maybe they did but it was just counterproductive to their goals/aims..

We also thought about health care..

Let's say the average person pays $4k a year on health care coverage, at $600B, the US government would be able to pay 100% of the coverage for 150 Million Americans for 1 year.

We also thought about US states and how underfunded they are...

If the $600B was divided equally among all 50 states for each to use the money to pay for essential services for the populaces, each state would receive $1.2 Billion dollars.

We thought about other ways $600B could be productively used..

Investment into new fuel technologies to lessen our dependence on fossil fuels..  Toward the overall improvement of US infrastructure-- bridges, roadways, etc.. Towards establishment of small-business grants or super-low interest loans for entrepreneurs to establish businesses in physical locations (rather than online only based businesses) 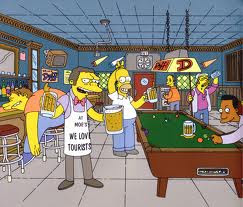 So many ways to creatively spend $600 Billion that would actually help the US population and spur about a Real and Sustainable economic Recovery...

And instead $600 Billion when to filth in designer suits.

We wonder how much more precious US capital will be pissed away to the bankers tomorrow?   We hope zero but as we've written extensively, 'hope' doesn't get people too far.
Posted by dsasR at 11:10 PM