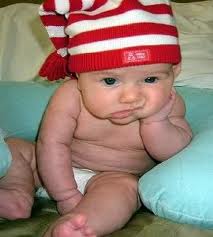 The following quote is an analysis from Russ Certo of Gleacher & Co., an investment banking firm on the Fed's report from their August meeting.  Here's the long quote...

"I have never seen such bearish language used out of the Fed.  Words or phrases like inflation “moderated”, indicators suggest “deterioration”, spending has “flattened out”, growth is “considerably” lower and “downside” risks to economic outlook.  Further, the veracity of the statement that the “Fed is to keep rates at record lows AT LEAST through Mid-2013 is perhaps most shocking and powerful.  The Fed understands the gravity of the words it chooses and the consequent extrapolation from the Fed watching and analytic community. "

And here's the short one from Certo: