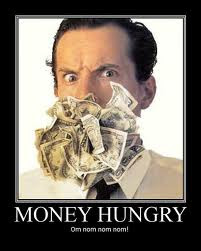 Very brief post since really nothing of importance occurred in the market today.

I actually was annoyed the market went down today.   Why?

Heard an expert describe the market this week like this:  basically every cockroach investor is positioning him or herself before Bernanke's speech tomorrow.  He said if the market went up again today, it would have meant assuredly a Big drop on Friday because nothing Bernanke could say would beat the expectations Investors had, unless he announced a gigantic QE program.   But if there was a drop off today, it would mean a dramatic market spike tomorrow because anything Bernanke said would be treated as 'problem solved'.

You see how insidious investors are?

And None of these shell games have Anything to do with growing the US economy.
Posted by dsasR at 1:54 PM