10 Ways to control Wall St.. if only I was President 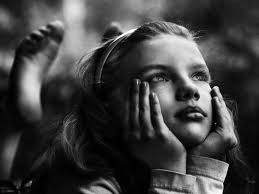 Saw stocks rise today based on nothing but the feeling that stocks were oversold last week.  Oh, the media says mergers played a role but I'm getting to a point where I wouldn't trust the media to tell me its sunny outside even if i could verify by peeking out my window.

So I thought.. with the market so wild, uncontrollable and free to do anything it wants, how would I, as President control the 'wild animal' of the stock market, specifically the sociopathic tendencies of the investor/trader.  The following is a list of what should have been done by the government as well as policies I would enact as President.

1)  No QE Ever! Wall St. would not have received 1 penny of taxpayer money to prop up corporations and investor portfolios.

2)  The Fed would have also been prevented from lowering interest rates to near zero and keeping it till 2013, killing savers in process.  If I as President had to disband the Fed to ensure this occurred, so be it, but the President's power would supersede the Fed Chair's will.

3)  Dramatically raise the taxes on stock dividends.  If you generate more than $100k specifically in profits from investing, the tax rate is 45% and graduated upwards with a cap of 75% of all market profit of $5mill or more.

4)  Make it a class A felony to be involved in the speculative manipulation of any energy based commodity such as crude & sweet oil, and electricity.

5)  Working with the Attorney General, a new class of laws would be enacted under "Financial Terrorism" which would apply specifically to banks, corporations, their CEOs and other members of, and investors/traders who's actions undercut the financial safety and security of America.  They would be treated equally to an armed combatant in terms of Patriot Act application.

6)  If you purchase more than $20k in stock, commodities,etc in a trading day, you can not sell for a period of 3 business days.  No more high-end day trading and speculative 'buying on the dip'.

7) Push through legislation where financial media like Wall St Journal and CNBC could be sued for compensatory damages if proven that their financial advice caused an investor to lose money.  The ultimate goal being to dramatically discourage these media outlets and others from acting like carnival barkers and two-bit stock hucksters.

8) Expand the SEC by 200%, particularly the investigative branch so that they can be a feared watchdog again instead of the current "sleeping pup" in the back of the room no one pays attention to

10)  Last, if need be, when the market is extra volatile for no reason like last week, cut the trading day by 30min to an hour, or simply declare a market "holiday" and shut it down for a few days until things calm while trapping investors' $ from any access.

Not sure if anyone would vote for me, but tell you what-- Wall St would know for the first time in many decades who was truly Boss. Whoever is President should not be a coddler and toady for Wall St.   He or she should possess what I call a "healthy hatred" of the market and always demonstrate that the President is ultimately superior to the corporation, and not be afraid to demonstrate this principle until the 'wild animal' is properly beaten down.

Teddy Roosevelt, a True Republican said it best-- "Speak softly and carry a big stick"  I would add.. 'and if the stick breaks from overuse, just pick up another' 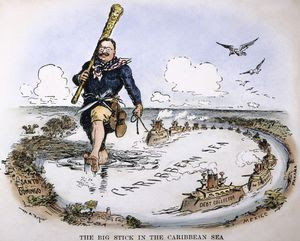