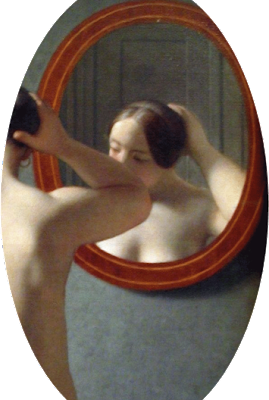 I have a vivid memory of dropping my oldest son off at college, the first day of his freshman year, many years ago. He stood outside his dorm, waving as I drove away, and I was overcome by a complex mix of emotions. I was unquestionably sad -- the tears testified to that -- but I wasn't morose or agitated, and I kind of knew that this sadness would pass. In fact, I was in the same moment keenly aware of a range of powerful and positive emotions -- pride that my son had earned his way into a fine university, relief that he seemed well-adjusted and untroubled and had solid friends. He seemed to be landing OK, and the moment was bittersweet.

Bittersweet. It seems like a contradiction, but in truth our emotional states are rarely simple or tidy. We don't feel good this moment, bad the next. More discrete feelings like pride and excitement and frustration and shame spill over one another and mix, and it's up to us to differentiate the nuances. What I was doing in those minutes as I drove away from campus -- sorting out my welter of feelings and making sense of them -- is what most people do in some way every day.

If they're lucky, that is. Research has shown that people vary greatly in their ability to do this fine-grain emotional sorting, and the inability to do such emotional calibration may take a toll. Emotions are information to the human mind, and when we experience a discrete emotion like sadness, we try to process that emotion and conceptualize it in a meaningful way. In that way we can explain the feeling to ourselves in a reasonable way, and act appropriately. If on the other hand we experience an undifferentiated emotional mush, we're likely to misconstrue the causes, and act in ways that don't make sense and may indeed be harmful.

At least that's the theory, which has been pieced together in several labs over many years. It's also the departure point for new work by Emre Demiralp of the University of Michigan, who with several colleagues decided to investigate whether people who suffer from serious depression might experience a disability in this kind of emotional parsing. The idea makes sense theoretically, because depression has long been associated with impoverished perception and memory and thinking. The scientists wanted to see if depressed people's emotional states are also less rich and textured.

The problem with studying emotions is that they are very difficult to tap and measure. Feelings are subjective, so scientists can't simply ask people what they are feeling and expect an accurate and meaningful answer. To circumvent this problem, the scientists used what's called "experience sampling." They recruited a group of volunteers -- half healthy, half clinically depressed -- and gave them Palm Pilots to carry with them for a week. Over this time, the scientists beeped the volunteers at random times, and asked them to stop what they were doing and rate how much -- on a scale of zero to four -- they were experiencing eleven different emotions at the moment -- anxiety, disgust, guilt, alertness, happiness and so forth.

Demiralp and his colleagues wanted to assess the richness of the volunteers' emotional lives, and to do this they looked for patterns of correlation. For example, if a volunteer experienced fluctuations in anger over the week, and those fluctuations correspond closely with that volunteer's fluctuations in sadness, this would suggest that this person does not differentiate much between anger and sadness. They are linked together into a vague sense of feeling bad. The scientists predicted that the depressed volunteers would show such a pattern, while the healthy volunteers' emotions would not correlate closely. What's more, because depressed people have a bias toward negativity, the scientists expected that depressed volunteers would parse their positive emotions just as finely as healthy volunteers.

And that's exactly what they found. As reported in-line in the journal Psychological Science, the volunteers suffering from serious depression tended -- much more than healthy controls -- to lump all their bad feelings together; shame and frustration and sadness were all parts of a vague sense of feeling bad. They did not do this with positive feelings. Importantly, this inability to parse negative emotion works independently of emotional intensity or instability. In other words, it's a fundamental characteristic of the depressed mind.

The scientists believe that finely discriminated emotions are more adaptive for mental health, because they are less likely to be attributed to the wrong cause. People suffering from clinical depression often have distorted thinking, blaming themselves for situations they can't control, and it could be that mushy emotional states contribute to that harmful thinking. A vague undifferentiated unpleasantness is much harder to explain, and therefore much harder to regulate.
Posted by dsasR at 3:41 PM