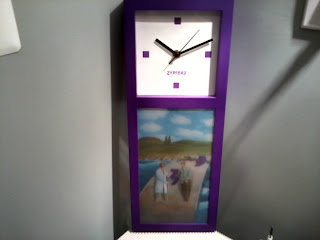 The Perils of Aggressive Marketing
In 2001 when Eli Lilly’s patent on their blockbuster antidepressant drug Prozac (which produced nearly a third of the company’s total revenues) was set to expire, Lilly “bet the farm” that Zyprexa would prove to be their next blockbuster product. It was hoped that this new “atypical antipsychotic” Zyprexa would match or top the success of clozapine in treating schizophrenia, while mitigating those chemicals that caused the devastating extrapyramidal movement disorders of the older antipsychotics.
On September 30th, 1996 the FDA approved Zyprexa for the treatment of schizophrenia, making it the fastest “drug to market” in history. The drug label did little to warn doctors and consumers of a sizeable risk for severe weight gain or hyperglycemia, even though internal Lilly documents raised concerns about these side effects. It would be nine years before a comprehensive government study would reverse claims of a safer “side effect” efficacy that surrounded Zyprexa and the other AAs, and raise disturbing questions about hidden risks.
Due to aggressive “off-label” marketing campaigns, AAs as a class swelled beyond their original “marked territory” (estimated at $170 million for schizoprenia), far exceeding the country’s supply of schizophrenic brains, with sales zooming past $2 billion, all the way to $16 billion by the 1990s.
A Lilly company memo stressed, “The ability of Eli Lilly to remain independent and emerge as the fastest-growing pharma company of the decade depends solely on our ability to achieve world-class commercialization of Zyprexa.” The sales problem was there simply weren’t enough schizophrenics in the world as such to save Lilly’s bottom line.
Even as studies slowly emerged that criticized the side effects, Zyprexa continued to win market share.
As  Zyprexa and AAs expanded their marketing campaigns to treat “off-label” conditions beyond schizophrenia, by 2006 they were so successful that nearly 1 in 5 children who visited a psychiatrist’s office left with a prescription for the drugs. Meanwhile, there was little evidence that Zyprexa really did any good for these off-label uses. Even so, this lack of science didn’t deter doctors from prescribing them to children.
By 2001, more than 20 million people had taken Zyprexa. In 2007, the drug generated $4.78 billion, 25% of Lilly’s total revenue.
A Terrible Side Effect Emerges -- Risky Weight Gain
Some medical researchers say the AA drugs may eventually be responsible for tens of thousands of cases of diabetes and other potentially fatal diseases.
While the extrapyramidal movement disorders seemed to be diminished as hoped,  Zyprexa caused a startling amount of weight gain. By the end of just one week, physicians often noted dramatic weight gain, and by the end of a year, some of the patients had gained up to 125 pounds.
In an Indiana University study, a group of male students were given 10 mg/day to test the side effects. Within two weeks the students had gained 5 pounds more than those in a control group. Taking 10 mg was the equivalent of eating 1500 additional calories every day. Some students gained 15 pounds in two weeks.
While Eli Lilly’s experts concluded from their own studies that Zyprexa only caused an average weight of 24 pounds a year, other clinical trials later found 1 in 6 patients gained more than 66 pounds in a year. Such a staggering side effect could raise a patient’s blood sugar – an indication the drug could cause diabetes.
However, relying on conflicting studies provided by Eli Lilly, the FDA instead concluded that patients would only have an average weight gain of 11 pounds.
It was later found that kids prescribed the drug have gained as much as 35 pounds, in as little as 8 weeks, and also have seen their cholesterol and insulin levels rise.
Upon the point of reaching 5,000,000 users, a senior Lilly scientist estimated that Zyprexa had caused as many as 100,000 (2%) of those users to gain 90 pounds. The health risks of that kind of weight gain are profound. Internally, Lilly’s own experts were criticizing the company for covering up the link between Zyprexa and diabetes.
Lilly has agreed to pay a $2.6 billion fee to settle charges (without admitting guilt) that it built the market first by concealing its side effects, and then by marketing it “off label” for diseases for which it had not been approved by the FDA. 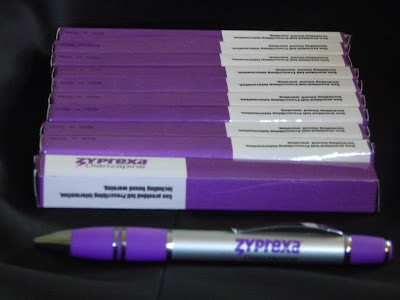