The Dangers of 'Batman:Dark Knight Returns' 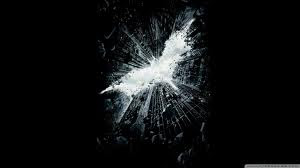 Primarily, A&G is a finance blog but on occasion we like to delve into different areas where economics or the market is more of a periphery focus...  Today is one such example.

One of our colleagues rented the latest Batman film, which is the final film in a trilogy (as we said before, the vast majority of Hollywood fare is prequels, sequels and re-makes).  It seemed to stir such a passionate ire, it was sworn to us that afterwards, the DVDs of the previous films were literally cut to pieces with scissors and tossed in the trashed...

But we're not a movie review website-- its of little to no concern to us if people see X film or not.. We needed some convincing that it wouldn't simply be a vent that would pit comic-book "nerds" and other homebodies vs one another in a blog-posting battle to the death..  (We're being quite facetious obviously...) 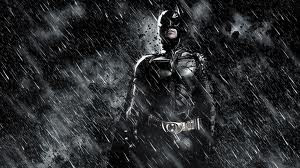 I know before I even formulate my first sentence in criticizing "Dark Knight" that I will be among the super-minority; that most probably loved the film to death and if DVD and Blu-Ray sales are any indication, it will a profitable success for Warner Brothers.

Personally, it was among the worst films I've ever seen and one that provoked such a rage deep inside that I had to stop watching with another half-hour yet to show.  It had nothing to do with violence-- let that be a discussion/debate for others.

The big problem I had is the film tries to be Extremely real in presenting the problems and struggles we're living through in the last 12 years, yet its solutions to dealing with the reality it creates are utter bullshit fantasy that no sane person can impart into the real world..

I will expand on that in a moment. 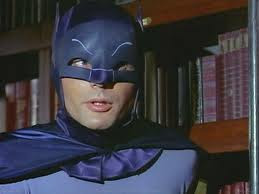 When Batman first appeared beyond its comic book form, it was as a campy, silly TV show in the 1960s starring that delightful ham of an actor, Adam West.    And unless you were 7yrs old or below, you didn't believe any of it was real...

The show didn't try to be anything more than light-fluff cheezy entertainment for kids with its brightly colored costumes and silly puns..  The producers didn't seek to place Batman amid a realistic backdrop of a turbulent 1960s.

And while intelligence was never a prerequisite for watching that show, the writers never insulted it either by having Batman deal with the Kennedy assassination, civil rights struggle or Vietnam.

So fast forward to the late 1980s and Warner Brothers pushes forth the Batman movie franchise.  The first two were directed by Tim Burton and starred Michael Keaton.   And while Burton went for a darker feel i.e. costumes, sets, etc.. at no time did you ever take the villains genuinely serious or believe their nefarious plans could happen in the real-life world we all inhabit. 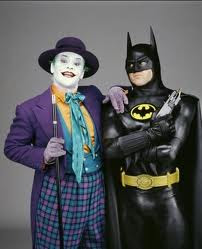 Even when the franchise was becoming a dying quail in the early 1990s with Val Kilmer then George Clooney donning the bat suit, director Joel Schumacher actually tried to lighten the mood with more color.. more puns.. more camp..

Whether one liked those films or not, I sincerely don't care-- I am not speaking of entertainment but of injecting genuine reality into a comic book film.

So moving on, in the mid 2000's, Warner Brothers seeking to make even more money, pushes forth a new Batman franchise that is to be even darker and to be directed by Christopher Nolan.

By this point,   terrorism hit American shores i.e. 9/11 so the writers and producers thought how wickedly fun it would be to inject that daily fear we all have (which we try to persevere through nonetheless) and exploit it for entertainment. 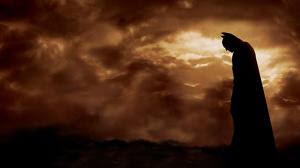 The first film was pretty mild.. the sequel with Heath Ledger as the Joker had its macabre and grotesque moments to be sure..  but the third film.. this 'Dark Knight Returns' did something deeply offensive to me:  it tried to address the financial crisis.

There's a scene in the film where the baddies storm Wall Street and take all the traders hostage.  While this is going on, there's an argument between someone in charge of the stock market and acting police chief.  The market guy wants him to treat the situation like a robbery and storm the police in the building.  The chief sees it as a hostage situation and doesn't want to see people needlessly hurt or killed.

The stock market asshole scares the chief into action with the lie that if the market goes down, US currency will be worthless... thus, the police chief acts...

This of course is completely untrue.. quite the opposite.  The stock market doesn't trade in physical dollar notes-- it trades in binary zeroes and ones... in algorithms... if it crashed, it would mean dollar bills would have higher value because no one in the greater economy would accept credit cards or checks since the wealth would be all based on digitized 'money'. 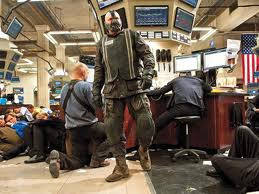 ~ The villain in Batman 3 is called 'Bane"

But even in a stupid comic book movie, the audience is indoctrinated to think 'Save the Nation i.e. Save the Market... Wall St is Good'...

And after 90min or so has been spent creating this very realistic world of fear and terror that the people of Gotham i.e NYC is experiencing... a world of chaos, anarchy and martial law, what is the solution?  What or who will save the day?

A fucking comic book character with super-exaggerative weaponry 'toys' who magically can take a million punches without one drop of visible blood... I know, I know.. its Fiction... Pretend...  Still, let's break this down a little more...

Who is Batman?  He's Bruce Wayne...  OK, who's that?  He's a multi-multi millionaire-billionaire with a zillion in stocks & bonds who lives in a gigantic mansion, has a fleet of ultra-expensive automobiles and if not for the death of his parents, would have no emotional connection with anything real people experience...

And this is who saves us.. a very wealthy man. 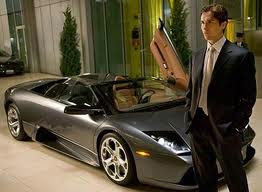 Its not just a silly movie of fiction-- its symbolic, much in the way you never see a Holocaust-related film where Jewish people are strong, independent and save themselves from the Nazis.  It is Always the kindness and compassion of non-Jews who must come to their rescue...  That's what plays in Peoria, as the old saying goes...

So the lesson is We the People need the wealthy to save us.. without their generosity of money or spirit to 'trickle down', we're all doomed as a society...  Sorry, that's a bit too Reaganesque for me.

A slight digression but it all ties in...

Most people probably didn't notice a current US Senator played one of the board members of Wayne Enterprises-- Patrick Leahy of Vermont (D)  Why?  Really.. Why?    And why in the film wasn't Batman going after Congress? Using all those expensive high-tech toys to topple Senators or even Executive Branch leaders?  Or the CEOs of banks and other lending institutions?

Why was this fictitious comic book character saving Gotham from realistic situations by taking on other pretend characters?  We know.. its a comic book..  wink wink.. 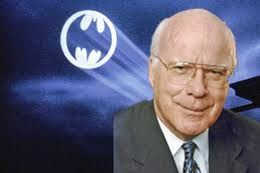 What is so worrisome about many movies lately particularly of the comic book genre is that its becoming a trend.  Depicting real issues.. real problems in the world.. real struggles and suffering... and offering up as a solution for making things better a man donning a black bat suit... or becoming a Spider-man.. or an Iron Man.. or a Hulk .. or other nonsense.

What happened to this nation in 2008 was horrific... more so than 9/11 because the market crash impacted not thousands but hundreds of millions of lives globally  But because you didn't have the TV images of burning buildings and instant death, you don't have the same shell-shock stimuli to the crisis as 9/11 evokes.

And unlike 9/11 where the one responsible was "brought to justice", there has been none for the people of the world who lost their jobs, homes and personal wealth to those Wall St robber barons. 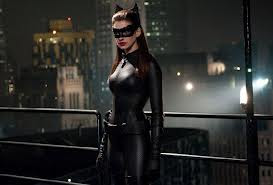 "I'm catwoman- I'm supposed to be a 'sexy' bitch.. The blackness hides my depth of character"

And have any been hung by the nearest sour apple tree, much less even arrested and charged with fraud and embezzlement?  None.  The same Evil that caused 2008's crash are still in power at Goldman Sachs and JP Morgan and Chase, etc.. and still has the President's ear at all times.

But in this world-- this day to day reality of high employment, high crime, economic malaise and a 1% that does not want to pay its fair share; only to keep taking, do we have a 'Bat Man' to turn to?   Is Superman or Wonder Woman going to pop out from the horizon and save the day??

Maybe people like crap like 'Dark Knight Returns' because its escapism to see fictitious 'heroes' solve problems we all feel are too big for us to deal with.    That's for psychologists  and sociologists to analyze. 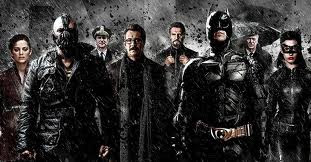 Personally it was deeply offensive and insulting to my intelligence and sensibilities...  Not just for what was depicted on screen but knowing that this society is the most passive, non-active collection of Americans in many, many generations.  Most people can't even get their lazy asses out of their collective chairs to change TV channels-- how can we expect these same people to sincerely combat the System?

And rather than take any kind of stand against any economic or social injustices or seek grassroots organization to galvanize opinion and even begin to combat the problems which plague us, we as a nation prefer to revert back to being little children expecting a comic book hero or Santa Claus to save us..

Nothing will be solved nationally or globally until we as individuals and collectively as a people decide we're going to be 'super heroes', and not sit back and let manipulative directors do the fighting for us
Posted by dsasR at 11:15 AM