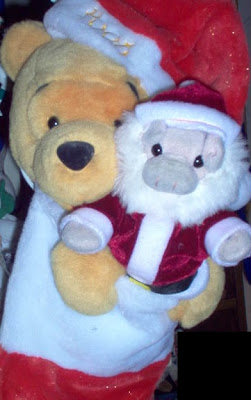 The entire 'Ants & Grasshoppers' team wishes a Merry Christmas to all our loyal readers & followers...

We will return either Wednesday 12/26 or Thurs 12/27 depending on if anything newsworthy occurs immediately after the holiday...

Below is a repost from Christmas 2010 full of interesting facts & tidbits about the holiday... Hope you all enjoy & see you very soon... 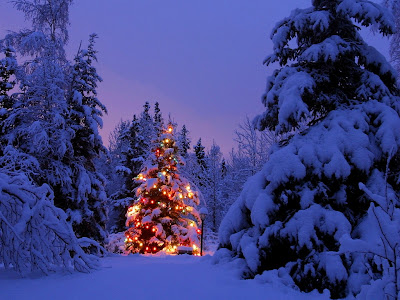 ~ ~ ~ ~ ~ ~ ~ ~ ~ ~ ~ ~ ~ ~ ~ ~ ~ ~ ~ ~ ~
The tradition of burning a Yule log actually has its roots in ancient Scandinavia. Supposedly the Yule log was a source of good luck and its remnants were saved to inspire good fortune throughout the year. It was such a widely held belief that people even threw the ashes in wells to make the water safer to drink.

The annual Christmas pudding was more than just a tasty treat. Small items were placed in them which had the power to predict what the New Year would bring. Coins were associated with a gain in wealth, a ring was a sign of an imminent marriage and a button signified extended bachelorhood.

This idea actually goes back to the middle ages where the cake being served on the Twelfth Night would come complete with a hidden bean. Whoever found this bean was declared “king” for that one night. 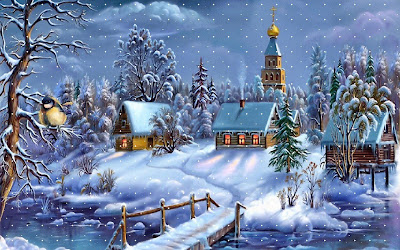 If you counted all the gifts that were given in the song “Twelve Days of Christmas” you would realize that the number of gifts being presented were 364 in total, thus a gift was given for each day of the year.

Christmas was illegal in England from 1647-1660. This was enforced by the then leader Oliver Cromwell who believed it was immoral to hold celebrations on one of the holiest days of the year. The celebration of Christmas was therefore a criminal offence which could lead to an individual being arrested if he or she was found guilty of condoning any revelry during the period.

The first President to decorate a Christmas tree was Franklin Pierce- 1856. 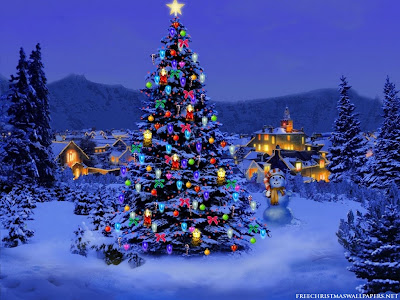 The evergreen tree, because it is perpetually green, has been used as a symbol of eternal life since the ancient Egyptians and Hebrews.  The Scandinavians believed that the evergreen could even scare away the devil.  Decorating an evergreen tree in honor of Xmas became popular in the Middle Ages, especially in Germany.  The decorations then consisted of candles and wafers, to symbolize Christ and the Host.

Martin Luther is actually said to be the first person to put candles on a tree.  (The decorated wooden Xmas pyramid was also popular then!) The tree became popular in Europe and America in the 18th century and the Victorians started decorating them with candies and cakes hung with ribbon. 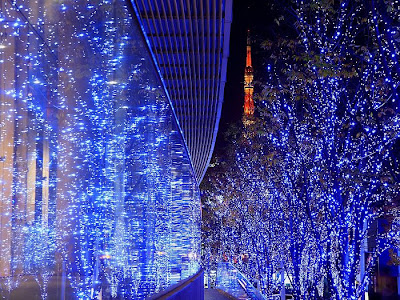 Silent Night was written in 1818, by an Austrian priest Joseph Mohr. He was told the day before Christmas that the church organ was broken and would not be prepared in time for Christmas Eve.

He was saddened by this and could not think of Christmas without music, so he wanted to write a carol that could be sung by choir to guitar music. He sat down and wrote three stanzas. Later that night the people in the little Austrian Church sang "Stille Nacht" for the first time.

Christmas is sometimes referred to as X-Mas because the Greek letter "x" is the first letter of the Greek word for Christ, Xristos. "Xmas" therefore means "Christ's Mass." The abbreviation has been around since at least the sixteenth century and is not, as some people have claimed, an attempt to take the "Christ" out of "Christmas" and make it a secular holiday. 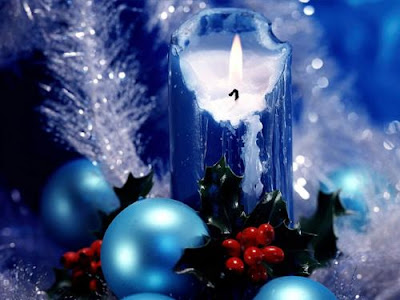 In the midst of World War I, At midnight on Christmas Eve 1914 firing from the German trenches suddenly stopped. A German brass band began playing Christmas carols. Early, Christmas morning, the German soldiers came out of their trenches, approaching the allied lines, calling "Merry Christmas".

At first the allied soldiers thought it was a trick, but they soon climbed out of their trenches and shook hands with the German soldiers. The truce lasted a few days, and the men exchanged presents of cigarettes and plum puddings, sang carols and songs. They even played a game of Soccer.

Many Christmas customs are carryovers from pre-Christian celebrations. Hanging gifts on trees is supposed to stem from tree worship of the Druids, and the belief that the tree was the giver of all good things. The Druids are also partly responsible for the use of mistletoe at Christmastime.

They regarded the mistletoe as sacred, made certain that it never touched the ground, and dedicated it to the Goddess of Love, which explains the kissing that goes on under it. Originally, when a boy kissed a girl, he plucked a berry from the cluster and presented it to her. When the berries were gone, so were the kisses. 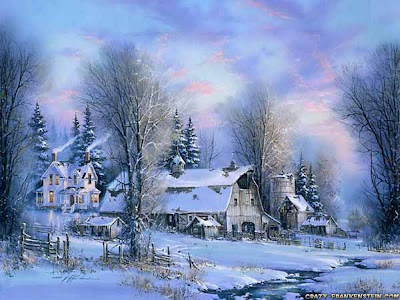 A wreath with holly, red berries and other decorations began from at least the 17th century. Holly, with its sharply pointed leaves, symbolized the thorns in Christ's crown-of-thorns. Red berries symbolised the drops of Christ's blood. A wreath at Christmas signified a home that celebrated to birth of Christ.
Hanging the Christmas stocking on the hearth on Christmas Eve in the hope that it will be filled with presents the next morning is a custom that goes back about 400 years. It derived from the custom in Holland of children placing wooden shoes next to the hearth the night before the arrival of St. Nicholas.

The children would fill their shoes with straw and food for St Nicholas's for the donkey that carried the gifts. In exchange he would leave them a small gift such as small cakes, fruits and other gifts. 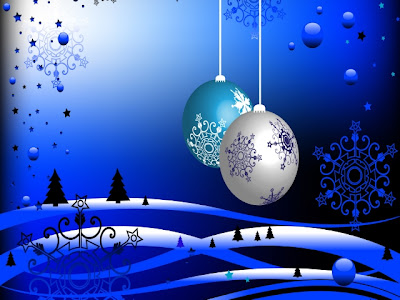