Spain- Relieved & Humiliated; should feel neither 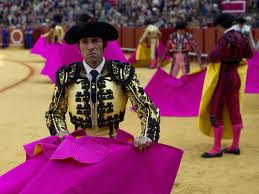 With the rescue of Greece, Ireland, Portugal and now Spain, the EU and IMF have now committed around 500 billion euros (equal to $625bn US dollars) to finance European bailouts.

According to an AP headline on the deal:

We really don't know why Spain should be feeling either emotion?

Relief is someone one feels when an arduous task is completed or something bad has passed.  All that happened was another can was kicked just far enough that Europe's piece-of-shit political leaders can convince Germany's Merkel to accept Eurobonds.

Spain should be feeling No relief.. only a brief breath-catching reprieve.

As for Eurobonds, that would mean taking all the outstanding debts of these PIIGS nations, then bottling them up into a 25 year bond so that by 2027, most of Europe's leaders would be dead.. or at least all of them not in office anymore when the next generation has to roll over That debt load.

We said this before.. Everyone talks about "the System" and the word is used so often, it almost sounds comical or conspiratorial, But those who run the IMF, ECB and Fed... they ARE the "System" and they will not willingly go down.   They Will take all of us down with them if need be. 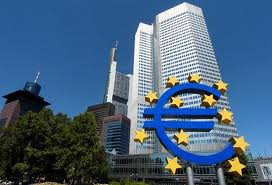 Which is by the way Exactly what is occurring.

OK, so Spain feels humiliated too.. why?

Spain realy should feel humiliation for the Inquisition- torturing and killing thousands of people simply for not converting to their faith (late 15th century) and western colonization upon the indigenous peoples of central and south America, late 15th to 18th century)

They should feel A Lot of Humiliation and Shame for that.

But getting suckered by global bankers into unsustainable debt: not shame-worthy.

Spain was able to negotiate quite a sweet deal this weekend.  That is how desperate and scared Europe's power-elite was of seeing their precious Eurozone go down the pooper.

None of the harsh austerity or other fiscal demands like its sister-debtor nation Greece.  In fact, the deal they got was so good, Ireland and Portugal both announced yesterday they want to renegotiate terms on their bailouts.

One thing we've all learned in this continual con game is money doesn't go as far as it once did because the debts are much bigger than the banks (or governments) ever wish to admit. 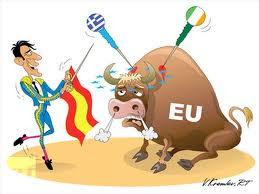 So whatever markets do tomorrow, ignore it.

Investors look for any reason to profit.. they'd even turn the raping of their mothers into a stock buying opportunity if such a situation presented itself.

Finally, this for us was the 'best' part of the AP article:  "After his press conference, (Spanish Prime Minister) Rajoy defended his decision to jet off an hour later to Poland to see Spain's famed national football team take on Italy in the Euro 2012 competition." 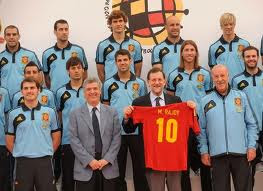