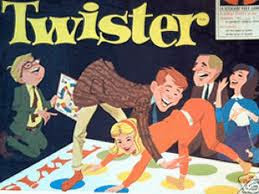 Wall St Investors i.e. vultures and other rot wanted/expected the Fed to do something to 'feed' them more money to assist in expanding their profits.

And even though the market was slightly down today, Investors were satisfied with the pronouncement of the bald bearded bastard Ben Bernanke (try saying that quickly 10x in a row!)

"The Federal Reserve chose to extend its Operation Twist program till the end of the year... The Fed now plans to purchase Treasuries with remaining maturities between 6 years and 30 years at the current pace and sell or redeem Treasury securities with remaining maturities of 3 years or less as it attempts to keep long-term interest rates low"  (CNBC)

Low interest rates means extremely inexpensive borrowing costs for banks which allows for more speculation and risk taking.  And of course if they make more bad investments and lose more money, there's always the "To Big To Fail" precedent...

Ugh, More of that 'Recovery" Lie..  Rrr...  Every member of the Federal Reserve board starting with Bernanke deserves to be dipped in scalding Hot tar, feathered then whacked with pointy sticks... 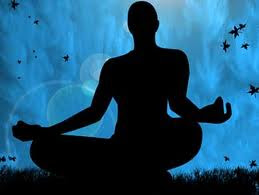 So what is the difference between Quantitative Easing and "Twist"?

With Quantitative Easing, instead of the Fed buying or selling government bonds to keep market interest rates at a specified target value,  the central bank buys financial assets to inject a pre-determined quantity of money into the economy.

With QE, the Fed buys toxic mortgages from banks to take off their balance sheets and overpaying on the value so to help the banks regain profitability so they don't have to take any losses or be punished for their bad investments.

Instead of lending out this fresh batch of money to the public,  it is either stored at the Fed at an interest rate paid to the banks, or injected directly into the stock market which artificially inflates all asset classes from stocks to bonds to commodities.

Now with "Operation Twist", it is very similar in intent to QE except mainly its not called 'QE' so most people haven't a clue what it means or does, which allows the Fed to have political cover to get away with doing it.

In technical terms, The Fed would liquidate some of their shorter term Treasuries, maybe out to three years in maturity, and then buy in the longer end, hoping to bring long-term rates down. The move wouldn't put more money in the system, making it an easier sell for Bernanke to those in favor of no more stimulus. 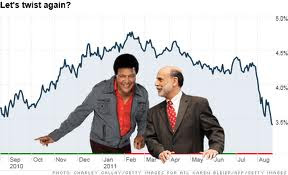 In layperson terms, its sorta like owning 6mth to 1yr CDs,, cashing them out early, then repurchasing CDs that are 2-5years in length.  The big difference being while your goal is to get a higher interest rate of return,  the Fed's goal is to suffocate interest rates down even further so banks can borrow even more cheaply.

"The last time the Fed purchased long-term Treasuries was back in the 1960s during the Kennedy administration. The project, started in 1961, was called “Operation Twist.” It was intended to lower long-term interest rates (to stimulate investment) while propping up short-term interest rates (to attract capital from abroad and support the dollar). Economists generally seem to think the experiment flopped."

In addition,  "Operation Twist" would result in zero job creation (which really could be said for QE) but like we said, most people know really nothing about economics and job creation so they willingly believe the lie that the Federal Reserve spurs employment.

There is an old saying:  "Often the best action is inaction"

We do wish the economic and political leaders would learn this... Before the US truly becomes economically a Banana Republic nation
Posted by dsasR at 1:13 PM