"Too Big To Bail" 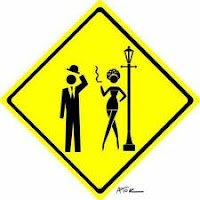 We start with a joke- not original by any means but still appropriate.

The man then asks, "Would you have sex with me for 10 euros?"   The woman is now insulted and says "Heyy! Who do you think I am?!"

The Spanish felt 'humiliated'... Wonder if an extra 100bn Euro would have soothed their national pride?

Sure seems like 100bn Euro doesn't pack as much Ummff! as it used to either.. What used to cause a nice market spike followed by a month or so of uber-optimism-- those days are no more. 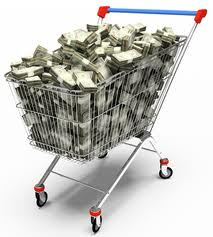 "A bank-bolstering plan of this size can hold the attackers at bay for only a matter of hours. As historic and unexpectedly large as this weekend's rescue effort was, it has done nothing to stem the ascent of Spanish bond yields, as well as those of neighboring countries like Portugal and Italy...

Benchmark stock indexes across the continent—and in the U.S.—are all off their early highs. To call the reaction underwhelming would not be an overstatement."  (AP)

In addition this acceptance that Spain's problems go deeper than a mere 100bill Euro and continual uncertainty over Europe caused oil prices to decline (Yay!)

Its not very complicated to understand why this is.

The more one prints money, the more its devalued, so 100 bn Euros is not even worth what it was 5 years ago..  Then there's the debt factor..

Putting it in layperson terms:  You owe $10,000 on your credit cards including a minimum monthly payment of $350 which you don't have, and someone gives you $400.  Sure you can make your monthly payment but there's next month..and the next..  and you still must buy food & such to live...

So what did that weekend bailout fix?

100bn Euro barely soothed the vermin on Wall St half of one day.  Investors are rats but they're not stupid rodents.   They want absolute certainty and a small lifeline like 100bn Euros doesn't cut it anymore.

And isn't it both sad and scary that 100billion of anything isn't good enough to fix problems or calm the weary anymore?

But we're entering a new stage in global finance, and its important people truly understand this; from 'Too Big to Fail' to 'Too Big to Bail'.  Those who run the System and who Are the System... they know this too.

So much effort to save a currency. 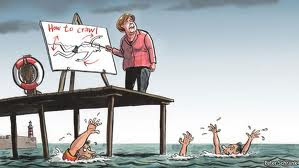 Rather, so much effort to save an economic union that was intended to become eventually political union of European nations modeled similar to the US and the 50 states where a central authority makes all important political and economic decisions for the continent..

A European Union that Germany would run in all facets since it is the most prosperous; a peaceful Fourth-Reich created and acquired without militarized bloodshed or ethnic cleansing.

And many of the political and economic elite in the US don't want to see the Eurozone collapse either.  Too many risks to those precious US banks via derivatives trading and enormous payouts from credit-default swaps insurance..  Too many risks to losing precious election because the ruse of 'recovery' couldn't be effectively played any longer...

Believe us, if the US could bailout Europe like it does US financial corporations... we mean a Major super-duper bailout, it would do so in a heartbeat.  Certainly it has already done small bailouts through back-door means and little tricks like  buying hundreds of millions of weaker Euros using US currency to recapitalize European banks as was done early in the year.

And who can forget that in 2008, the Fed secretly bailed out banks all over the globe from Europe to Japan to the tune of hundreds of billions to calm global markets.  This information only came to the light of day two years later. 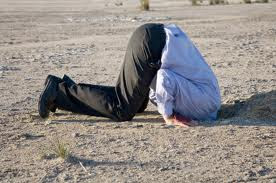 Like we said before, this week the markets will be bouncing all about and not knowing what to do with itself because Greece's elections are this coming Sunday and even though they only represent 2% of the total economy of the Eurozone, they could be the first EU nation to effectively tell their debtors to go to hell.

And that's one precedent no one is truly prepared for in finance-land.
Posted by dsasR at 11:47 AM