Housing Collapse-- Who's the most to blame? 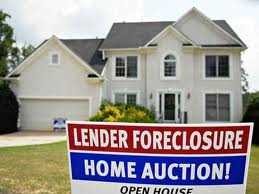 One of these days, we hope at A&G to write on something genuinely positive or sincerely optimistic on the US and global economy; something that one can hang their hat on, as the saying goes, of real improvement that extends beyond the confines of Fortune 500 corporations.

Today is not that day.

A new survey by the Federal Reserve shows a dramatic decline in the average net worth of U.S. households from 2007 to 2010. According to the report, which adjusted figures for inflation, the average American family saw their net worth drop 40% in that three-year time period from $126,400 to $77,300.

If the study had been extended to mid 2012, the discrepancy of average net worth between then and now would be even worse.

So since people like to find culprits, let's play the blame game.

Who is deserving of rotten fruit and vegetables being thrown at them? 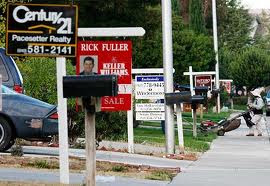 Former Fed Chair Alan Greenspan who created the housing bubble in response to the crashed Dot-Com bubble and post 9/11 recession..

President Bush & Representative Barney Frank (Chair of Banking Committee) who though of different party affiliations, both believe Everyone had a God-given right to own a home (yes, as if renting was some horrid fate)...

Everyone in the mortgage business-- from banks to brokers to underwriters who all profited mightily from the quantity of mortgages pushed through.  No sincere background checks and no questions asked

Wall St- who took those mortgages, packaged and re-packaged them to sell & re-sell to each other without the slightest thought or worry as to whether they could be paid off by the borrower.   Really no different than the game of 'hot potato'

But there's one group of people we at A&G hold the most scorn toward; who we blame more than anyone for the housing crash... and we warn you its not the politically correct or popular answer..

Well not All of you.. We blame anyone who flipped houses. 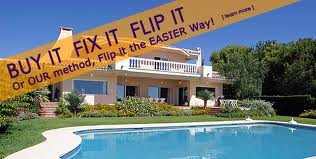 What does it mean to flip?

Basically it means a person who had no interest in living in a particular home, outbid someone who actually wanted to live there, then a couple months later, puts that house up on market for a 10-15% profit.  And if the home was sold to another flipper, he/she would have done the same thing a couple months after closing.

So why was this bad?

House Flippers in their desire to make a quick profit at the expense of others (which to some is like, "Sure, that's what American Capitalism is all about!") caused a dramatic and unrealistic spike in home values which in turn cost real home seekers considerably more money to buy a home than they should have paid.

This in turn meant larger mortgages needed to complete the sales and often when the borrower didn't have good enough credit or enough income, the lending agencies would work with the borrower to fudge the applications so the mortgage would get approved.

Then would come the teaser low APR rates that would dramatically spike after 12-36 months, and from that... Pow!  An endless cycle of non-payment, default and foreclosure. 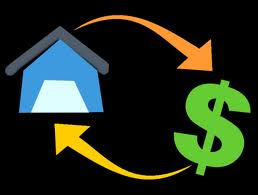 Let's use an example to explain better:

Two prospective buyers are interested:  Amy who wants to live there and Alan who is buying as an investment.  As it turns out, Alan is able to secure the mortgage quicker so he gets the home.  To make this purchase, he puts down 3% ($6,000) of his own money and finances the remaining $194k.

Alan puts the home up for sale 3 months after purchase and asks $222k which is an 11% profit.  Its a hot location where the home is located so it sells quickly to Benny who is also a flipper.  The sale is completed in December..

Alan makes a quick $22k in six months while paying his mortgage in its entirety and now its Benny's turn for a quick profit.

Benny finances 97% of the $222k sale from the bank while only putting $6,600 out of pocket, and waits a couple months before re-listing.  When the home is re-listed, the selling price is now $246k.

Eventually a new buyer emerges.. Amy.. the woman who wanted to buy the home originally but wasn't quick enough to secure lending.  So she purchases the home in June 2005 for $246k and Benny leaves the picture with his mortgage paid off and his 11% profit for doing virtually Nothing but being a scavenger. 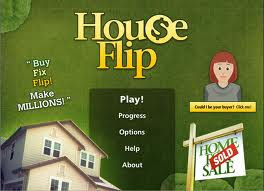 June 2004, the home was being sold for $200k.  Thanks to flippers, by June 2005, Amy overpaid by $46k. (The house increased in price by 23% in only One year!)  This means whatever mortgage Amy had to secure was $46k more (and making higher monthly payments) than what she should have, while paying interest on that additional $46k for the next 30years.

All because of greedy house flippers.

And here's where we all suffer-- See house flippers felt brazen by their successes so they started to flip 2.. 3.. even 4 homes at a time, securing lending from banks with virtually nothing down.   Then the housing market crashes-- Boom!

And the homes are dropping in value.. the flipper isn't going to take a loss.. He/She will declare bankruptcy and stick the banks with the mortgages and the depreciating homes.

And now you have a free-falling housing market.

We all know someone who's done this.. a slimy friend or neighbor.. a despicable brother or cousin.. Everyone trying to make a quick buck to better themselves from each other.

The housing market is in shambles because of it..

And its not bottoming out anytime soon.
Posted by dsasR at 12:36 PM