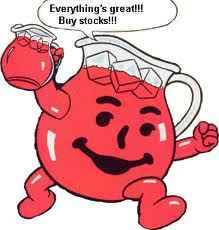 When it comes to the job of a financial advisor, there's always three simple rules to be followed when dealing with mom & pop (small i) investors:

1)  If the market is rising, advise client to buy more stocks to get in on the Big Rally

2)  If market is stable or meandering, advise client to buy more stock to position themselves for the Big Rally to come

3) If market drops, advise client to buy stocks at 'discounts'; the bigger the freefall, the greater the push for  people to buy because 'it can't go down forever'

And that is the basic mantra when dealing with stockholders.

Notice the one thing missing from all that -- never advise a client to sell their holdings.     So if one is discouraged from selling their shares when the market is fair to good to great.. and to supposedly never sell when the market is bad to worse to dreadful...

See how absurd that is? 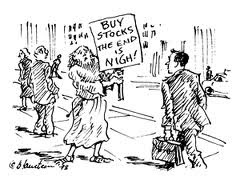 Here's an example from Yahoo! Financial:

Scared Out of Stocks? A Rally May Be Brewing -- "Rich Ilczyszyn, founder and CEO of iiTrader.com, says selling stocks here is dead, flat wrong. For one thing equities are the best alternative in a dodgy lot. The US 10yr has a 1.5% yield and stocks are down 10% in the last 2 months. If you haven't sold yet you missed your window.

"Ultimately the world's not gonna end," he insists. "Greece and Spain are not going to fall into the ocean and, you know what, we're going to get through this.""

1) That little nugget of nonsense comes from a daily finance video segment called "Breakout". Its usually sponsored by Merrill Lynch (who makes $$ by investing other people's money) or Scottrade (which is a company for everyday investors to gamble away their life savings play the stock market directly).

Think those two corporations would financially affiliate themselves with a video post that advised people to sell and sit on the sidelines until global risk subsided?? 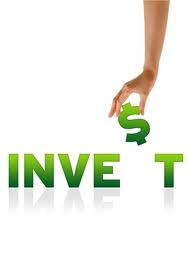 2)  The provider of the 'selling stocks here is dead, flat wrong' Lie is founder and CEO of a company that can only make money if it has people investing.

You see the pattern here-- self interest over your interests.

3)  It is true in a literal sense, the world will not end and that's because thankfully unlike us human being peons, the Creator of the Universe doesn't seek increasing dividends by expanding and diversifying His portfolio nor is He in the commodity speculation game nor buying up Treasuries

So yes, no matter what happens, the sun will literally rise.

Economically though, unless the Power Players who run global finance come up with another lever scheme in the next few weeks, the markets are going to keep being pummeled (deservedly) and, well.. other things we rather not get into with this posting.

"Ilczyszyn says it's time to start looking for value plays. Once you find them he suggests "you have to put on your trading cap" and start buying. The concerns from the other side of the Atlantic are known and priced in to the point that almost any news will be regarded as positive.

Citing the IMF, G-7 and any other number of Central Bank meetings happening, this week Ilcyszyn says we're bound to hear something that stabilizes the market"

OK, let's delve into this stench.. 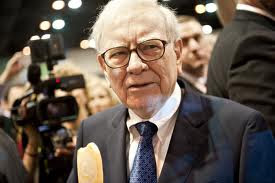 1) The "concerns from the other side of the Atlantic" have Always been known.  They've also always been ignored.  Still are.

No investor wishes to really accept or admit the enormity of how bad Europe is and how bad its going to get over here in the US because to do so would emotionally paralyze the Investor into not investing, but commit to a 'sell and flee' mode.  Others would follow suit and you'd have real market panic.

Its no different than preparing for a hurricane.  Go to a supermarket 5 days before the hurricane when its way out off into the ocean and the sun is shining outside.  No one truly believes it will hit..  Plenty of food at the store.   Now go back to the supermarket when the hurricane is 12hrs away from landfall..

We wish we had the time to really go into detail why this bastard is 100% wrong in his assessments but we don't.  The simplest way to explain is he's using the "baked into the cake" philosophy as if to say even if Greece turns to anarchy, the market will explode upward because at least now the uncertainty is gone.

2)  Lastly he tries to convince people to stay in stocks because basically in layperson terms, "Mommy & Daddy will come to the rescue... they've done it before... will always do it"

Well they've certainly done it often before, that's for certain.  But there comes a point where the question is 'Can they?' In other words, how many billions or trillions of dollars or euros will it take in 2012 to stem off a full-blown Investor panic? 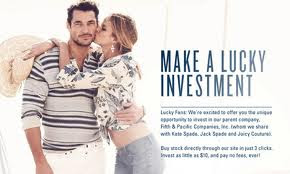 ~ The sexy girl finds her man irresistible Only because he invests in stocks; If you invest, you will have a very young girl draped over your shoulder too...

In 2008, it took an initial $700B TARP and an additional $1.5 Trillion direct injection into the stock market ($2.25 Trillion) to stop the market free-fall which by March 2009 the Dow was around 7000 (with CNBC, Yahoo! and others advising people to hold and buy stocks every step of the drop)

Come up with the grand total and maybe you can appear on Yahoo! Financial's "Breakout" segment... That is if their sponsors will tolerate what you have to say..
Posted by dsasR at 11:33 AM