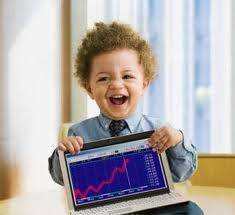 If you are a normal everyday person and you invest any of your precious life savings in the stock market, you are an utter imbecile.
That was probably our strongest worded opening sentence to a posting; we make no apologies for content nor tone.
If you buy stocks in today's rigged market, you Are an imbecile.
Let's look at today..  As of 2:15p, it is up 120pts
Why?
'Wall Street climbs as Greek election fears ease' - Reuters headline
Wow, some breaking news must have come out of Athens this morning... some piece of valuable information uncovered that would make the "experts" so sure...
"Stocks rose on Thursday in a broad rally on hopes that the outcome of the Greek elections this weekend would ease worries about the country leaving the euro zone."
There's that Damned nothing word again...  hope
The stock market is rising 120pts not based on certainty, or polling data or any piece of insider knowledge that the rats are keen to...  Nahh, they just hope all will turn out for the best.. 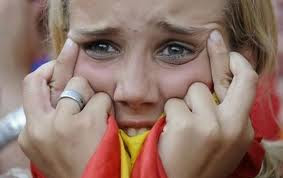 We guess those fother-muckers on Wall St decided investing on hope was better than paying attention to the news...  What is the current news out of Greece anyways?
"The head of Greece's SYRIZA party promised on Thursday to rip up the conditions attached to the international bailout agreement but keep Greece in the euro zone after an election on Sunday that could decide the fate of the single currency. " The memorandum of bankruptcy will belong to the past on Monday," SYRIZA leader Alexis Tspiras, said" - Reuters
"Debt-wracked Greece will probably need another EU bailout of tens of billions of euros (dollars) after its elections, a German weekly newspaper said on Wednesday, citing government and financial sources." --Economic Times
"If Europe didn't have enough problems, Greece now has a full-fledged bank run on its hands..." - CNN/Money
"Europe may need to sacrifice Greece's membership of its single currency bloc in order to convince Germany to put in more money to save the euro, Britain's finance minister George Osborne suggested..." -- Reuters
What Investor scum around the world are doing is hedging their bets. 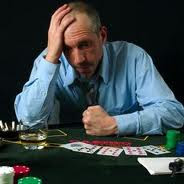 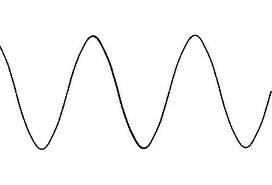 On May 15th, the Dow closed at 12,632.  That means if you stupidly own stocks, you're precious investments have been meandering round n round like dirty clothes in a washing machine, as it took a full month to reach the last time the market closed above 12,600  (assuming there isn't a late day selloff)
Everyone must make a profit.. must make more and more.. we get it.   But be smart.  When the market does drop dramatically (whether it be an official 'crash' or a major adjustment), you will lose everything and one thing's for certain..
No 'mom & pop' everyday investor is "Too Big to Fail"
Posted by dsasR at 11:55 AM