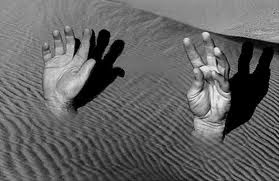 Seems a US manufacturing report showed national factory activity rose to 54.8% in April from 53.4% in March. The reading was the highest since June, 2011 and above the 50 mark which symbolically divides growth from contraction.

And investors-- the most parasitic pieces of (fill in the blank) feel good about the state of the US economy because of it.  Good enough to push the market up and seek out greater profit.

So glad all is better.

So what was June 2011's PMI (Purchasing Managers' Index) anyways?

And what do you get if you subtract the two numbers?

Ahh.. so in other words the markets have gone up over 100pts and the financial media is happily diddling their figurative ding-dongs over the fact that in Ten Months of manufacturing from June 2011 to April 2012, we've just about broke even. 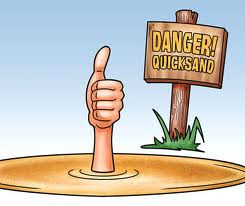 And yet economists expressed feeling quite upbeat...  isn't that lovely?

From AP:  "Economists said that the survey data provided more signs that the US recovery had not lost momentum. Paul Dales, senior US economist at Capital Economics, said:  "This survey will ease concerns that the softer tone of the incoming news in recent months marked the start of a renewed slowdown in growth similar to the one seen last year. We think the latest recovery is made of sterner stuff"

So I guess we should ignore articles like the following from AP written just 24 hours ago...

Did you just notice that?   Did you?

Did you just notice that example of utterly lazy journalism?

AP wrote two articles in two days.. one on consumer confidence and one on manufacturing.  And who does it turn to for its expert quotes?  The SAME economist-  Paul Dales.   No effort or desire made to understand the economic statistics by seeking out diverse opinion within the economist community.

Nope.. just write a couple paragraphs of shit, make it very optimistic and cheery,  quote the same person as often before (when its a real estate article, 100% of the time the lazy journalists seek out quotes from Lawrence Yun, chief economist of National Association of Realtors), add more words.. la la la.. attach a headline and Done!.. Deadline met..  Time for lunch...

And these (fill in the blank) people get to earn a living doing this!! 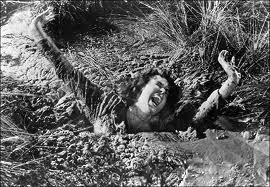 See where this is going...

Things aren't getting better.. its just going in a cycle.  And the media trumpet every statistical stagnation as a great victory.

Sincerely, what do these morons expect you to do because of this piece of nothing 'news'-- Take your life savings and start buying stocks?  Maybe go out and take out a 72 month loan on a new car?  Subconsciously credit Obama for this "recovery" we're all enjoying and vote in November?

Or maybe you're supposed to do nothing, since news is not meant to engage or inspire any call to action. Maybe its just words on a page written by someone getting a good salary who doesn't deserve it and doing what his/her editor told them to do.

The US economy is better than most Western economies, especially in Europe.  This is true.  But Americans are still suffering badly and unlike in European papers which are reporting things honestly for the most part,  in America, we're still happily in delusion.

And the vast majority of us want it to stay that way.
Posted by dsasR at 11:40 AM