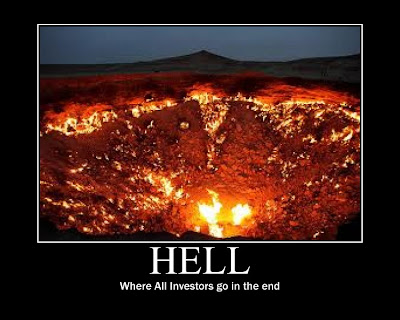 Markets make no sense.   Its supposed to, but it doesn't.

Its guided by two forces-- greed and panic, and in spite of the high praise and adulation that people give to the super-wealthy and those in the world of finance for their supposed intellectual acumen, Truly so, Investors are some of the dumbest son-of-a-bitches to walk the earth.

Today's as good as any to prove this..

So.. what are the markets doing as of 2:45p est?   Its +77pts for the trading day.   OK. now why is that?  According to AP, "Wall Street rose on Tuesday on renewed hopes Greece will stay in the euro zone"

There's that word again... 'Hope'.  As empty and unfulfilled word in the English language as anything short of the overused word "Love"

And what do these parasites base such 'Hope' on?

Mostly its based on fear-news.  If enough corporate news stories are written about how bad it will be for Greece if they leave the Euro, the simple populace will be scared to vote Syriza party into office and thus keep the pro-banker status quo parties in charge.

Of course no one ever really admits that all political parties in Greece want to stay in the Eurozone.  Its just Syriza doesn't want the crippling, dehabilitating austerity imposed by Germany and the banks.

And Greece's military.. where does it buy its armaments from; who are its Defense contracts tied with?  What do you know... Germany and France.   If they let Greece completely collapse, it takes down those nations' economies too.  And we're not even focusing on the banking sector.

See how much leverage Greece really has? 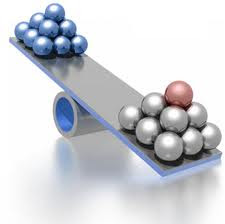 And here's the kicker no one really wants to admit--  the Eurozone can not kick any nation out. It is not in their charter and does not have the power to do so.   So, if the E-zone can't kick Greece out and Greece doesn't wish to leave, and payments stop to Greece because they aren't accepting their spoonfuls of poison...

Well, that's quite a stalemate isn't it??  Who'll blink first?

So we don't really think 'Hope' matters a damn, though to borrow that tired word a moment, we Hope that Investors suffer a massive bloodletting in the next few weeks if/when Syriza can win.  If so, it would be the first real financial pain that Wall St has felt in 45 months.

But don't worry.. The world is ready to pour untold Trillions of dollars into the markets once this happens to save the banks so all is well.. the $2,500 life savings in your bank will be safe ultimately.. it just won't be worth $2,500 when everything's over.

So let's quickly see what news the markets have intentionally glossed over or outright ignored today...

*  According to the Conference Board, consumer confidence which was predicted to rise from 62.2 last month to 62.6 currently, actually dropped-- to 61.9.  Its the third prediction miss in a row. 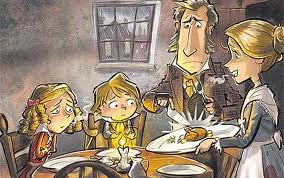 We hate the economy is this bad and we hate constantly reporting bad news on the economy even more. But most of all, we Hate (capital-H) the stock market profiting while all this is occurring, as if they live in a safe plastic bubble.

The stock market is the clearest, simplest example of how 1% of the nation continues to be coddled and teat-fed by the government; allowed to make vast profits based on illusionary hopes, wishes and dreams, while the bottom 99% is left to fend for themselves in the world of reality.
Posted by dsasR at 12:17 PM