An Example of How BAD Newspapers have gotten 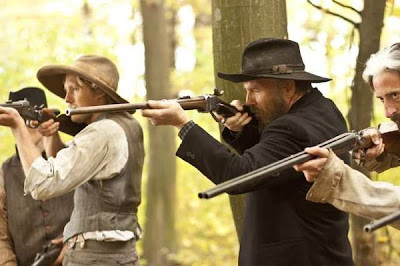 There's very little in the way of real news journalism anymore.  Its a shoddy patchwork of AP/Reuters stories and deeply lazy people earning a salary to regurgitate things they see on TV.

Then there's the following Example..

This is from the Entertainment section of the LA Times.   Even though we're a finance-economics blog, this example of piss-poor journalism written in a well known newspaper like the Times was too good (or terrible) to pass up...

From The LA Times:

Kevin Costner rode again in "The Hatfields and the McCoys" on Sunday night, with his haters in hot pursuit.

Reviews were mixed, but Costner's detractors... were out in full force Sunday.

"This reality show on The History Channel is great. I didn't realize that Bill Paxton and Kevin Costner hated each other," @ste****iri added wryly.

As @jul***ey44 summed up: "Part 1 of "Hatfields & McCoys" was pretty good ... seems like Kevin Costner and Bill Paxton will be locks for Emmy nominations."" 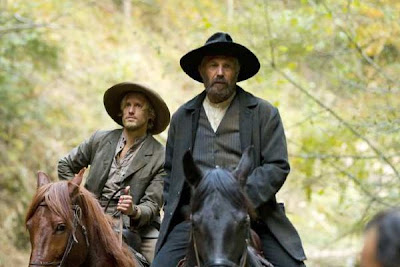 BTW, we purposely deleted parts of the Twitter names because no one deserves credit for writing such stupidity and its bad enough the LA Times chose to...

Next, we'll put aside the fact that the topic of the pseudo-article was utterly stupid since we're all Kevin Costner Fans and Admirers here at A&G ..

But really, is this garbage worthy of a major newspaper?  This is the LA Times, not some newspaper of a town with the population of 500.

Some lazy Bleep writer searching through Tweeter feeds while in his bedtime jammies to gauge response to a TV show and actor...and got paid for it!  Rrrr

Its trivial because its just a TV mini-series but this is the future of newspaper writing folks, and its quite sickening a spectacle.
Posted by dsasR at 7:08 PM