Guess who's hoping (secretly) for a market crash... 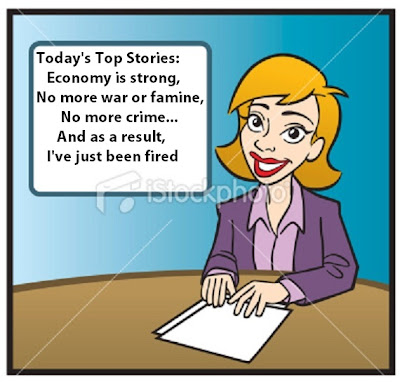 Everyone has different agendas; different reasons why he, she or they may be hoping the stock market crashes.

For some, like we at A&G, we're simply tired of this ruse of pretending the "Emperor" is wearing clothing when so many people are having a worse time trying to survive than four years ago.  The sooner there's complete and total admittance of the fact we're not in recovery, nor have we ever been, the sooner lawmakers can start formulating realistic policies that don't 100% benefit the financial sector alone.

Now others want the market to crash because they're invested on the down side.  In other words, they profit when the market drops, not rises.   And then there's others with cash on the sidelines who want into the game but also want stocks to be at March 2009 values i.e. super dirt-cheap, and then the market can rise.

And then there's cable news.

Take CNBC-- ever since the whole debate over raising the debt ceiling and a potential credit rating downgrade last April, their total viewership has dropped over 30%.  And according to Nielsen ratings from April 2011 to April 2012, the show “Squawk Box” which airs 6-9a and gets cockroach investors primed for their daily investment killing, is down 16 percent in total viewers and 29 percent in the important 25-54 demographic bracket that advertisers buy.

Why?   Because there's really no surprise to the market any more.  No reason to turn in and listen to so-called "expert" analysis and predictions when by now everyone knows the market is rigged, it will keep going up and up, and if it drops more than 10%, the Fed will be there with more free candy, um.. money. 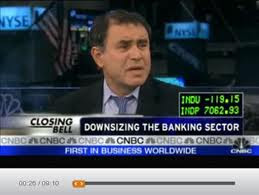 What brings back viewers?

Carnage.  And for financial news, that means a market crash.   They're unpredictable.. they last a while.. they create and fear for those both directly and indirectly tied into the market.  And when there's uncertainty in finance, people turn on financial news.

Think of it this way-- the area in which you live is about to get hit with a major hurricane, snowstorm or rash of devastating twisters.. What TV channel do you turn on?   QVC?   And if the weather outside your door is 72deg and sunny, how likely are you really to watch the Weather Channel?

Here's another example: How's CNN doing in the ratings?

According to TVNewser, "Compared to the busy month of April 2011, April 2012 saw a dearth of major news events, and CNN’s ratings reflected that. The network was down double digits in total and demo viewers, in primetime and total day. In fact, it was CNN’s worst month in total day since August, 2001, and in primetime since August, 2010."

When there's terrible news, CNN's ratings go up.  When there's nothing sensationalistic to report, the ratings go down.  Fox News and MSNBC have better ratings, with Fox News overall dominating the competition, but that's because both networks appeal to niche audiences who do not listen to nor respect opposing viewpoint.

CNN tries to be objective and gets crushed for it.

So remember kids, in the world of competitive ratings among cable and financial news, no bad news is really Bad news. 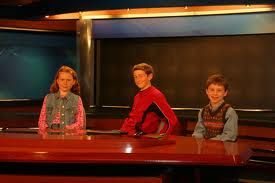