Always an 'Option C' if you look hard enough 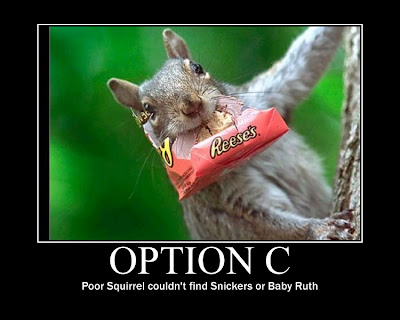 One of the main points that we at 'A&G' seek to convey is that no matter the problem, while politicians, financiers and/or media frame arguments as 'A' or 'B', there is Always an Option C.. and sometimes even 'D'.. or 'E'...

Its not convenient or practical for those in power to present alternate options, thus they don't.  And if someone comes up with ideas outside the box, they're quickly labeled 'crackpot' or 'fringe' no matter how rational and sensible.

Let's take Greece- there's 2 options on the table: Take austerity or leave the EU and suffer;  Accept the will of Merkel or go back to financial 'hell' via a greatly depreciated drachma.

Option A is all 'good' i.e. the loving, nurturing embrace of those who run the Eurozone, who will figuratively wrap Greece in a big ol' bear hug and squeeze the remaining bit of life left out of it..

Option B is supposedly chaos, civil war, anarchy, mayhem, no financial assistance from the IMF or anyone else..

That's how the argument is presented..

Now.. here's another option that everyone could agree to if so inclined:

Option C:  All the parties mutually agree that Greece is to leave the Euro but it will be done in an orderly, meticulous fashion so not to create chaos in markets, the currency of Greece itself.

An agreement would also be made for one last bailout of Greece in combination of a temporary freeze on interest on debts and/or deferment of repayment for say, a period of 36 months.

Meanwhile, a future date would be announced when Greece was no longer to use euros, perhaps in 18months, allowing for a gradual and methodical conversion back to Greece's old currency.

Included would be a promise that a stable valuation between the two currencies would be artificially held for a period of time to prevent total collapse once the drachma was reintroduced.

Lastly, the IMF would be available to provide ultra-low loans with deferment of repayment at Greece's behalf until the nation stabilizes itself and returns to some form of growth. 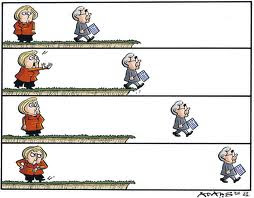 So why is this not done?

Simple-  No one in the seats of power and control want this option.

Let's look at the entire austerity/growth debate for another example of this either/or nonsense..  Pro Austerity people say budget belts must be tightening as dramatic and quick as possible by cutting everything to the bone.  Pro-growth advocates say the way to save an economy is to spend, spend spend!

A combination of austerity and spending growth but which is targeted.   So instead of cutting one's budget by 20% so all the money ends up going to soulless bankers, perhaps the nation make cuts that equal 15%, then increase spending in areas that will stimulate trade or attract businesses to come and hire people, etc.

Either/Or extremes are for little children or the imbecilic adult.  The human brain can handle more options/choices than two.  And yet, that's all we're ever given to contemplate.. A or B 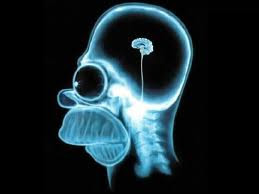 Another example.. one that irritates us for quite some time- US elections.   Everyone just blindly accepts that America Must be a two-party system.   Why?   Its not in the Constitution.

Certainly, some wish there were options beyond 'crap' or 'shit' but notice what happens whenever a real third-party candidate emerges like Ralph Nader or Ross Perot in the 1990's...  What is it people say?  Oh yes.. something like  "Aww, he can't win!"  or "I'm not wasting my vote"  or "Good, now the Dem vote (or the Rep vote) will be split and my (loser) candidate will win"

But America is a nation comprised of 310 million people, over half of which never vote in elections because no one represents their needs or interests.

So what would the political landscape look like if one could go to the ballot box and have true options during a Presidential election without any of that "He/She can't win" nonsense... 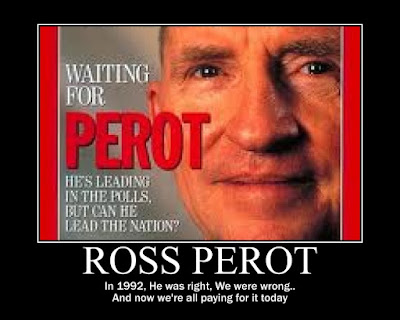 This is how A&G sees a truly democratic ballot:

A) Republican Party (Pro-Wall St, pro-profit, pro-war & nothing else matters)

B) Democratic Party (Pro-Wall St, pro-profit, pro-war & socially no judgments on morality or 'right or wrong')

We believe if a true majority of Americans' beliefs and values were represented in the ballot box every Presidential election there would be at minimum Six parties, not the rigid, all-encompassing, all-lying two-headed one party monster we have today..  the Republicrats.

There's always options in life.   And if you are not provided them, sometimes you have to actively seek it out... or in some circumstances create it yourself..  your personal Option C
Posted by dsasR at 12:09 PM