Rules & Axioms of the System 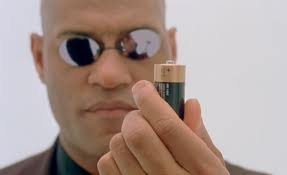 Does the current financial situation frustrate you?

I don't simply mean job loss, your home devaluing before your eyes, or even political Left-Right bickering.  I mean, does the current System in place frustrate you?

It should.  The System is often 'humorously' referred to as "the Man" and to a degree, like the film "The Matrix:, but in reality it is a very set structure with a rigid hierarchy, and Rules which are indoctrinated into people's minds to accept as necessity if its always been this way.

The best way I can explain is to take some current headlines and go from there.  So here's one to start:  GOP Candidates Finally Go Past Bernanke (US News).  What does that headline really mean?  Simple- stop attacking the Fed who are really the 'good guys'.

Doesn't matter that the Federal Reserve has been largely responsible for an increase in over $4 trillion dollars in US debt, all of it going to banks and the market.  Doesn't matter the Fed actually pays banks 0.75% interest to Not lend its money?  No- we are told the Fed is always looking out for the US and enacting policy in the best interests of the nation.  Of course this is a Lie. The Fed look out for the banks, and like every nation in the world, the ultimate royalty to court and cavort, are Investors. 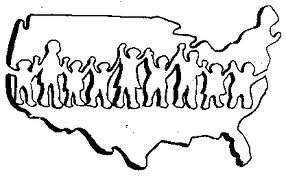 Here's another headline: Ignore the Hype: Wall St. and Main St. Need Each Other  (Yahoo!)   Absolutely untrue.  The article was specifically attacking the #OccupyWallStreet movement as misguided for going up against an entity that they should be befriending instead.

It was a silly article but that's another Axiom which the system pushes-- that Wall St.'s success is vital for the success of the economy as a whole.  The only way you believe such bullshit is if you heartily believe in trickle-down economics.   Wall St's profits have grown by leaps and bounds, allowing corporations collectively to hoard over $2 Trillion in cash reserves without having to use that money to create jobs.

Here's another headline from today:  The Recovery's Silent Assassin: How Debt Deleveraging Killed the Economy (Atlantic) - This article essentially blames those entities trying to pay down their debts and get from underwater as the cause of the economic situation in the US being so bad, "When U.S. consumers, businesses, and government all pay down debt at the same time, the inevitable outcome is lower growth, higher unemployment, and lower standards of living."

This is another System Axiom- an economy can only survive through perpetual, non-stop lending/debt.  This is important to understand because it is a main force driving all Fed policy-- the way to get the economy moving is to make interest rates at zero to encourage people to spend & take on further long-term debt without addressing the importance of paying down the debt one already has, or providing the means i.e. jobs to pay the newly acquired debts.

If the System truly wanted people to have the means to borrow, policy would have been enacted to purchase the entirely of US consumer debt, which was only around $2 Trillion. The idea, I have suggested for Three years now is to use Debt Debit Cards to be used solely to pay debts already possessed.   All the money would go to the banks eventually but in the process, the American people collectively would have been free of all personal debts, including student loans, car loans, credit card debt and mortgages.  This would allow people to be free to borrow again and thus stimulate the economy via consumption.

Funny how the System never wants the everyday person to survive.

If you want to "Beat" the System, first either be debt-free or work as best you can within your budget to reduce your debts, so that no bank can own you.  Second, learn to question.  Don't accept things at face value- question in your mind what's true and untrue.  Third, be an individual.  Dying your hair purple and covering body with tattoos is not what I mean.  Take control of your life..your money.. your decisions.  Fight the urge to always go with the crowd or accept things 'As Is'.

To the System, you are meant to work, consume, compile debt, and spend your life paying it off.  And as long as you don't break the law, the System has no other thought or use for you.  Every one is expected to participate in this matter-- that's how the modern global economy is structured.  Is that the life you wish to be living?

Do you have the courage to break free?
Posted by dsasR at 1:46 PM