One day, we'll all smile 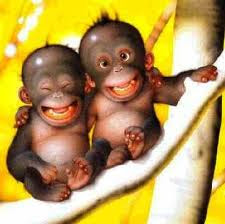 Let's see if the market-oil corollary held up for today:

Dow went up 179pts to 11,576 based on nothing but assumptions of European stabilization, which is quite comical.

Yep.. the corollary holds up another day; as true as the axiom that Investors will flock to anything that smells of profit like maggots gravitate to feces.  Its the nature of the beast I suppose.

We're not going to always cover this daily but we're making a point-  people have have been indoctrinated by the system to actively want the market to go up and that a higher Dow translates to a strong economy.   No.  Think of it like penis size--  bigger is Not always better.

You, as an everyday person, want to be hoping and praying this market drops dramatically.  Because the higher this ponzi scheme goes, the more you pay for everything-- gasoline, food, electricity... anything that is a speculative commodity.   You want a market that is more realistic to the current state of the economy and for it to grow Only in connection to the real economy to drive out the verminous speculator element.

Of course the Federal Reserve creates speculation bubbles intentionally because in a debt-driven economy in a nation that really doesn't produce anything anymore, its to the Fed's thinking, that the only way you can get growth is via artificial and manipulative means. 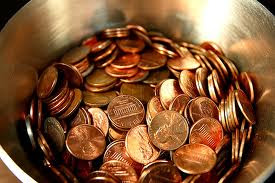 Here's the little secret of capitalism that few today talk about-- capitalism is about capital.. i.e. cash, not debt acquisition. When you save money you're creating capital. Wealth is possessing capital; to be in the black, and there used to be a time when your wealth was based on how much actual cash you held, rather than how many homes and cars you owned.

Here are some examples of non-capital creating assets which make people believe they possess wealth when they do not:

* Student loans: $50,000 but it has no market value since it can not be auctioned off or securitized

Prior to the advent of 'Fractional Reserve' where banks could lend out 10x what it held from depositors,  possession of capital was SO important to banks that they would offer 7-9% interest on money a depositor placed into a bank because without that cash, banks simply couldn't lend to others.

Those with capital back then were in control; money held real value.

Our current global economic system is really a bastardization of the name 'Capitalism'.  Wealth is created from thin air and governments intentionally try to destroy capital.  Examples include devaluation or dilution of currency so you need more to buy less. and the Fed punishing savers with no rate of return on their capital, and thus steering them like sheep into pens, into rigged games like the stock market to chase any rate of return on their funds (and since the Dow is basically today at 1999-2000 levels, it shows clearly when you invest in the market, be prepared to go in circles.)

Here's a simple way to understand this:  In a true capital based economy, you want to borrow $10,000 from me. I actually physically possess the $10k in capital and thus lend it with some interest, to which you repay.  When the debt is fully repaid, I am $10k + interest richer and you the same amount poorer.

In today's global finance among nations and banks, it works like this-  you borrow $10,000 and I lend with interest.  You pay down 40% then ask to borrow another $10k.  I see you're credit worthy based on your prompt payment so I lend more.   I don't really have more to lend, so I secure a loan for the second $10k on my own at a lower interest rate than what I am collecting, so I still profit.  Then I make my loan payments to my lender and as necessary, borrow more to cover any delays in repayment or other investments I wish to partake in, much like the person I am lending $$ to is doing to me.

And on and on and on.  And everyone borrows and borrows and lends and lends.. And no one really holds capital.  They hold Promissory Notes-  IOUs.  And if everyone was able to repay all their debts in full, putting aside the fact there's not enough real capital to do that, the entire global economy would crash because credit/debt based economy allows constant expansion without ever considering how to handle eventual contraction.

And That's the global economy.

We don't know exactly when, but one day this market will drop hard, and a lot of deeply evil sociopathic Investors/traders will lose A LOT of $$$ from it while the media scares everyday people into believing it is a bad thing...

And smart people who take most of their $$ out of the bank and hold onto it, will be in the best positions to ride the storm, and come out smiling.
Posted by dsasR at 1:41 PM