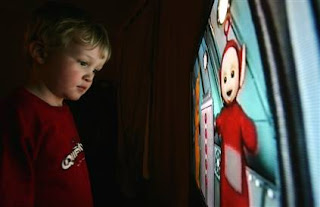 Everyone loves watching TV and most of us have some kind of cable or satellite TV service which brings literally hundreds of channels into our collective living rooms.  Every channel has a different name.. the 'X' network.. the 'Y' network,,etc.. and it seems by all appearances that there is diverse television watching options.  This is not necessarily the case.  For while the specific content from channel to channel may be diverse, the ownership of the various networks really falls to a total of 6 Corporations.

*  In January, 2011 Comcast bought NBC Universal from General Electric so because Wikipedia is not updated to this, click on each link to see the complete list of TV networks Comcast owns

~ So when you turn on the TV and can't really find anything good to watch, perhaps this is why
Posted by dsasR at 11:53 PM