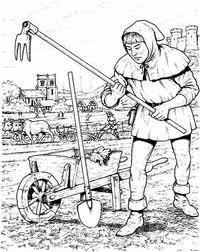 Still needs to drop another 750pts to be where it was 8 business days ago before this completely fake rally based on BS 'hope' began.  We're sure ultimately Europe will pull more magic tricks out of their bag (or arses) by their meeting on Oct. 23rd, to which the global investors will go Yayy! and the taxpayers of Europe sob mightily into their beer (since ultimately the people of Western Europe will be on the hook for bailing out Southern Europe), but for now we take any victories we can, even if the drop is mostly cockroaches taking in profits.

Remember what we constantly say about the market- when it goes down, oil goes down and/or the dollar's strength rises.  So lets see..  Oil closed at -41 cents to close at $86.49, and the dollar strengthened 1% vs the euro, so yep the correlation holds true again.

Write this on a post-it or your palm as a 'cheat sheet' so you never forget it:
US dollar strengthened and/or oil weakened = US market Down
US dollar weakens and/or oil price climbs = US market Up

Anyways, speaking of beer, in the spirit of Oktoberfest, we raise a toast (at least for today) to Germany for trying to inject some reality into what has been two weeks of nonstop hope and hype:

Berlin tempers summit hopes, banks under pressure  (Reuters) -- "Germany said on Monday that a summit of EU leaders next Sunday would not produce a miracle cure for the euro zone's sovereign debt crisis, a warning that pushed down markets after a rise in the past week on expectations of a breakthrough... " 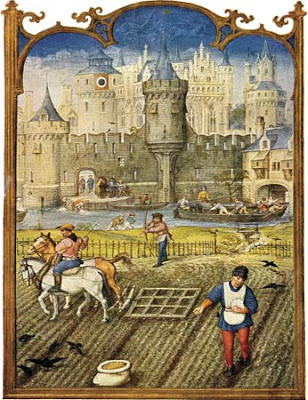 We have to return to this point-- can help ourselves:  Are investors the biggest and most ignorant damned morons or what??   They obviously have no understanding whatsoever of the complexities facing Europe in terms of Greece and other PIIGS nations, the insolvency of most of Europe's banks or any other financial matter.  They've been investing on whiffs of rumor, gossip, hope, guesses, wishful thinking and assumption (as in, when you 'Assume", you make an Ass out of U and Me),

As we said earlier, Investors inflated the market by over 1000 pts in 8 trading days before today's drop. No normal person would risk their assets that way.  Of course then again, Investors don't risk their money, but risk others i.e. pension accounts, municipalities, etc..  Its also important to understand that these sociopaths have a form of Attention Deficit Disorder (ADD) where they Must be trading and investing.. Must.. Must.. Must.   Normal people will never fully understand this mental sickness which pervades the mind of the Investor, but this is why they are so dangerous and ultimately have caused the destruction of the global economy, even more so than banks, financials and other corps.

Ultimately, never forget that Wall St has no real bearing on Main St., so let's end the posting with something more relevant to everyday people.  We've been doing a lot of reading today and discovered a pretty concise and easily understandable explanation of why America (and really every other modernized Western nation) is going through such prolonged financial hardships as relating to employment, salaries and job loss: 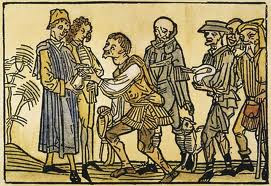 "Once upon a time, American capitalists paid American laborers with something called a “salary.”  Henry Ford famously boosted his workers’ pay to $5 a day so they could buy the Model Ts they were assembling. The better part of a century passed, and, by the early aughts (2000s), globalization had created a world oversupply of free-market labor—a hiring hall now housing about 2.6 billion recruits from emerging nations, together with roughly 550 million in the developed world.

It no longer made financial sense to pay American workers high wages when you could pay Chinese workers low wages to do the same work. On the other hand, if American workers lost their spending power, who would keep the U.S. economy afloat?

The rise of cheap credit provided the answer. American labor effectively got paid in a different currency: debt.  Instead of Model Ts, the latter-day working class bought overpriced houses and all sorts of other stuff it couldn’t afford. The beauty for the capitalists was that, when laborers got paid with debt, they had to pay it back with interest (called) “middle-class serfdom.”" (New Republic)

Maybe you knew all this already but it isn't A&G's job to assume...  We leave that to Investors/traders. 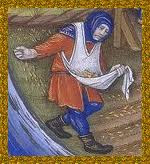