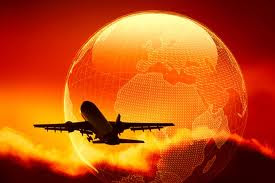 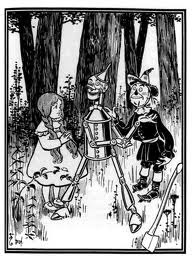 The current economic recession-depression, which has lasted 45 months now with no recovery in sight, has been written about and debated in countless blogs and other media outlets.  Some perspectives are offensively optimistic while others are so depressing, their view of the future is apocalyptic.   One thing I've learned is with all the corruption of Wall St, the financials, Big Business and government (both parties), it is that this is not a new epidemic.

This insatiable need to profit at all cost did not start in the last 30 years with Reaganomics nor it didn't start in the era of Franklin Roosevelt or Teddy..  it has permeated this nation almost from its onset.

I thought it would be interesting to bring in a 19th century perspective, to show that really things haven't changed much in terms of greed, corruption and how upset people felt about banking & finance then as they do today.    The following excerpts are from "Our Money Wars: The Example & Warning of American Finance" by Samuel Leavitt written in 1894.   Any comments by me will be in blue font:

"Our financial kings have kept two purposes in view. First: To have our money issued by and for the special use of private institutions called banks; and to have this money scanty in quantity and of fluctuating value. Second: To issue, foster and maintain, by all possible means, bonds and other interest-bearing obligations, as the most convenient means of transferring to the few the product of the industry of the many.

To maintain these humbugs, they use learned language, like doctors writing prescriptions in Latin. All the expert handlers of money, stocks, etc., hate nothing so much as that which is best for the other classes, viz., steady values. Their delight is in ups and downs; and then, if speculators, their effort is to be on the winning side. With brokers, every change is profitable. With them it is, "Heads I win, tails you lose." Copernicus said of the work of these traitors : "It is not by a blow, but little by little, and through a secret and obscure approach, that it destroys the State." "

* Remember, this was written in 1894, not within the last couple years.  In simple words, banks and its financial instruments are meant to keep most of the wealth 'in house' and not among the populace.  Also, in finance they use special language, intentionally complex so that the average person has no clue what they're talking about.. or doing.  Quick quiz-  What is a Credit Default Swap?  What is Mark to Market?  What is the Birth/Death Index?   If you know- good for you.  If you don't, its because you weren't meant to. 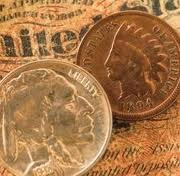 "In coin-paying eras corrupt governments and lenders have debased coins to make them go further. In these credit-mongering times they try to bring their coin basis down to one metal—gold — and clamor for extreme fineness of that; in order to make their inverted pyramid of credit go further, sell dearer, and suck more usury."

* This is what the government is doing- debasing the currency and weakening the US dollar so that our exports are less expensive to purchase and we as a nation won';t have to pay our debts to foreign creditors at the same currency valuation in which we took the loans

"The new American System of money is mainly and briefly this:—Abundant government fiat paper money founded upon the wealth and credit of a great, stable nation; such money to be kept at a steady purchasing power by the increase and decrease of its volume ; and to be quite void of intrinsic value, and quite free from particular commodities as bases for the monetary units

* Even back in 1894, the concern was paper money and how easy it was to devalue when backed by nothing.  The great debate was whether the US Dollar would be backed by a Gold Standard or Silver.  Eventually Gold won the day, but today its a moot point since Nixon took the dollar off Gold in 1971 connected with the drain on US Treasury due to the expense of fighting in Vietnam.  Coincidentally, the consistent decline of the middle class up to today can trace its origins to that policy decision.  But even in 1894, the paper money's value could easily be strengthened or weakened based on the amount of dollars printed or pretty much any arbitrary reason.

"While any kind of a change, up or down, suits many gamblers and speculators, the steady increase in the buying power of the dollar, for thirty years past, has been destroying the producers of this country ; and largely creating the pestiferous breed of millionaires"

* Today we call them Billionaires.
Posted by dsasR at 4:00 PM