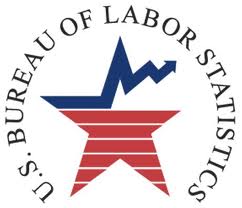 The Bureau of Labor Statistics today reported that half of US states saw a decrease in unemployment figures.

And pretty much that was that,  The putrid media didn't choose to delve into the numbers to paint a more accurate picture of what the BLS stated today.

Luckily for you dear readers, A&G did.

Let's put aside the obvious semantic word games which is that if 50% of state employment improved, it means really the other 50% got stayed the same or got worse.  In the BLS report, they mention specific states who were the highest in job additions and subtractions, so let's bounce them off one another.

That's not too optimistic is it?

Of course no matter the job market, there's always one surefire way to get hired if desperate enough-- offer your services to employers at 25-50% less the salary the position should be paying. You're virtually certain to get hired.  Which is of course exactly what employers want- people willing to work for bare bones.   After all, to them you never want to waste a good recession-depression.

Now if only they could stop those pesky unemployment checks
Posted by dsasR at 1:31 PM