Yelling at the TV (or Internet) 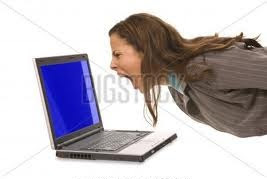 Ever scream at the TV?  You watch something, particularly something on cable news and it frustrates and irritates you but you just can't bring yourself to change channels.  So instead you end up watching but yelling out contradiction opinion and profanities...

Many would admit they do this.  Now I am not sure if I am part of the majority, minority or the only one in the history of the universe, but I find myself doing the same when I read articles in the internet that infuriate me.  Of course, the expressions are more audibly muted but basically its the same intensity.

Thought I'd share one.. This is from Yahoo Finance and with the exception of comments by me which will be in parenthesis and blue font, the original article is un-modified)

"Like any investor, Bob Doll  (Who??  BTW, nice name- Something you are or something you do?)  is growing tired of the prolonged uncertainty and contagion risk (Aww, poor baby) that continues to flow out of Europe.  While the U.S. economy's ability to avoid getting sucked into a recession is heartening (hard to get sucked 'Into' a recession when you never left one), the frustrating part for him is that the European crisis is solvable. (Everything is solvable to a global Investor- throw more money and increase austerity on populace at same time- just do what you must so 'I' can make more profit)

" "It's not a matter of economics and how many Euros it will take to solve the problem, it's 'Is there the political will to do it?'" (See, told ya-- just get the ECB to print more Euros to devalue currency to keep up with US and China).  He believes the longer leaders in Germany and the European Central Bank (otherwise known as Goldman Sachs' European branch) wait, the harder and more costly the ultimate fix will be. (More costly to whom?  If its to investors, then let it drag..)

"Along those lines, he thinks the ECB, and its new chief, need to do a lot of things and do them now.  "It's a bunch of things that need to be tried," Doll says... "Back in late 2008, early 2009, Congress threw a bunch of things at the wall to see what would stick. I think that's what we are going to go through here." (Yes you idiot, that really worked-- the US Govt didn't just play doctor with an ailing economy, they played House M.D., throwing any and all shit against the wall to try to save the 'patient' that would have improved eventually on its own without intervention. Now 3 years later its left on life support i.e. Quantitative Easing, yet in worse shape in other areas before it was treated and the bill is 4 Trillion dollars and counting)

"Ultimately he'd like to see the ECB increase purchases of sovereign bonds, expand its balance sheet and lower interest rates further. (This is called Quantitative Easing folks- devalues currency while provoking a rise in inflation because more euros are needed to buy the same loaf of bread or litre of petrol as before) And the pain of recession (really Europe is still in recession as well as the US) and market forces will force Europe's hand. Doll believes if markets and rates don't begin to normalize, a re-visitation of the hard fought 50% reduction in Greek debt i.e. 'haircut' might happen. (If Greece's leaders weren't corrupt to the core and morally bankrupt, they would have defaulted last year- now Goldman Sachs' owned number-crunching technocrats run the show in Athens)


"Interestingly, Doll was unmoved by recent headlines about China's warning on a global slowdown, saying it "wasn't anything we don't already know, they just verbalized it." (Doll is quite a smug, pompous prick isn't he?)  In the meantime, this strategist with over a trillion dollars (~ sings "Hey Big Spender!!...") under his purview, 60% of which is in domestic stocks, is in no mood to take a lot of risk. " You're better off in safe havens," says Doll." (Or I don't know, perhaps not to invest at all-- take your trillion, shove up your bum bum and learn to re-prioritize your life-- damn Yuppie)

~ Wheww..  Not "professional" perhaps but gotta admit that was fun... 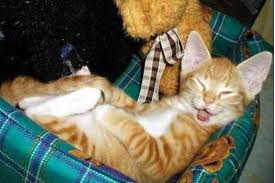