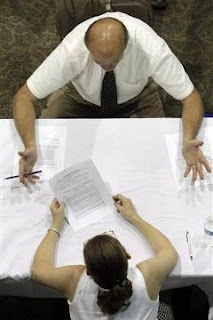 Sorry we haven't written in the past couple days..  we just don't believe in forcing out postings just simply to have something out there but which isn't very interesting or informative.  We leave that to those who work in the newspaper industry.
Besides, we were all burnt out from Greece and their despicable leader playing with the emotions of his populace by promising them a say in their economic futures i.e. a referendum, then backing away like a coward 3 days later.
But what's done is done, and after filling our bellies with Baklava and drowning our sorrows in Tsipouro and Ouzo, we move on..
On Friday the bureau of Labor Statistics announced unemployment went down to 9.0% and creation of 80,000 jobs allowing corporate presstitute lapdogs to write things like, "The American job market improved modestly in October, and economists looking deeper into the numbers found reasons for optimism" (AP)
Sure glad things are looking brighter and sunnier and rosier 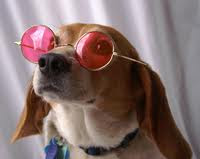 Makes it a lot easier to read the following headlines within the past week when I keyworded "lay off" on Google News:
Appliance maker Whirlpool to lay off 5,000 workers in cost-cutting move (AP)  "The company expects the moves will save $400 million by the end of 2013"
California warns 26,000 prison workers of layoffs (SF Chronicle) "California's prison agency began sending the first of 26,000 layoff notices to employees Friday, warning prison guards, parole agents and other state workers that they may lose their jobs by February... it's expected to reduce spending on state prisons by $1.4 billion over the next four years."
AMD to lay off 10% employees (Reuters) "Advanced Micro Devices Inc unveiled a plan to save about $200 million of operating costs in 2012 by slashing 10 per cent of its global workforce"
Cook County layoff notices go out (Chicago Tribune) "Layoff notices went out today to approximately 100 Cook County employees as the Board President seeks to close a $315 million shortfall next year."
10 Kalamazoo County deputies to get layoff notices as sheriff tries to plug $750,000 budget hole (Kalamazoo Gazette)
College faculty cuts run wide, deep (OPB News) "Faculty and students were shocked this week by the number of layoff notices given to teachers, after Clatsop Community College (Oregon) axed one program and shuttered others. The actions are all in the face of a $1 million gap between revenues and expenditures.
8 Indiana companies plan layoffs of 613 workers (IndyStar.com) "So far in this year in a downturned economy and with unemployment in the state nearly 9 percent, Indiana companies have issued warning letters to the state totaling 3,985 jobs with more than two months remaining."
State's public unions ponder layoff threats (IthacaJournal.com) "When Public Employees Federation members filled out their ballots this summer, they knew roughly 3,500 people would lose their jobs if the contract were voted down. They didn't know who those people were, though.  Now, a month after the tentative agreement failed 54 percent to 46 percent, they are voting on a modified contract. And they know exactly who will be laid off if it goes down a second time."
Employment Security laying off 222 workers (Seattle Times) "The department, which administers (the state of) Washington's unemployment-insurance and runs the WorkSource system to connect employers and job seekers, already reduced its staff by about 300 in the past year.
And On & On & On & On....... 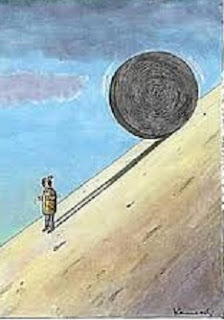 And then there's this:
Most of the unemployed no longer receive benefits (AP) -- "The jobs crisis has left so many people out of work for so long that most of America's unemployed are no longer receiving unemployment benefits. Early last year, 75 percent were receiving checks. The figure is now 48 percent ...  Nearly one-third of America's 14 million unemployed have had no job for a year or more...  The Census Bureau says unemployment benefits kept 3.2 million people from slipping into poverty last year. It defines poverty as annual income below $22,314 for a family of four."
Goodness that's depressing...  Sure glad I can look at the BLS jobs report for October to get a nice emotional pick-me-up. Hmm, yes I see what those economists mean.. I certainly feel more optimistic heading into 2012, yes?
No employee with half a brain should ever feel Any loyalty or emotional bond to the place the work for... ever!  They certainly don't feel it toward you.   Companies/corporations are soulless and bottom-line driven.   Never forget it.
If you have a job currently, just do your work, do the best you can and remember to leave your emotions at the door when you enter your place of employment.  You may like your co-workers and even your boss, but they are not family and you will be discarded if someone thinks firing you will save a dollar. 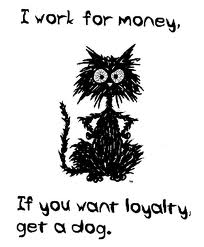