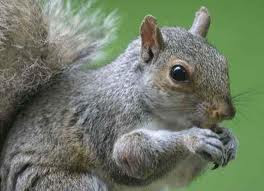 Yesterday's posting went so well, I thought I'd summarize and criticize today's finance & news headlines of the day in 25 words or less as well.  Nothing that dramatically important happened today besides normal financial and governmental crookery, so this spares you, the valued reader, the need to have to stress & strain your peepers glancing at filler.

How to trade $100 Oil (CNBC) --  Notice header wasn't how to budget or survive... I think if hell had cable TV, it would carry one channel- CNBC

Zuccotti Park protester arrested after threatening to burn down city (NY Daily News) --  Nice to know 1st Amendment only applies to 'happy' expressions.  Speech is either Free or it isn't.   Like being pregnant, no halfsies.

Gingrich Said to Be Paid at Least $1.6 Million by Freddie Mac (Bloomberg) -- In eight years, Gingrich made between $1.6 million and $1.8 million in consulting fees.  No word if he's also consulted BP, Lehman and Enron.

Fed Now Largest Owner of U.S. Gov’t Debt—Surpassing China (CNS News) -- Basically we Americans are largest holder of American debt which Americans will be expected to re-pay..  Tell me again why we don't simply default?

The 9 Steps I Took to Get My Finances Back on Track (Business Insider) -- No credit cards, No shopping, No eating, Live homeless, Beg, Steal, Prostitution, Sell blood & Re-use needles. It can work for you Too!
Posted by dsasR at 6:09 PM