Things always end up worse than you think.. 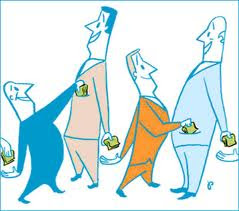 OK.. its 4:30p and everyone in the financial media is happy as syphilitic monkeys that the market spiked 294pts to close at 11,523. Of course this based on absolutely nothing but a bunch of soulless, vile cockroach investors who got tired of seeing the market drop n' drop on Real news and felt today was a good buying opportunity.

Always Buy on the Dip..  the Global Investor motto...

But let's look beyond this insignificant market move to the real news of the day.  Actually there were two pieces of important news that might have been missed amid the clutter of how wonderful Black Friday sales were and Department Store winners/losers.

The first is that the American-owned & controlled IMF is expected to bail Italy out for just about $800 Billion US dollars, 17.7% of which comes from the American taxpayer who will get absolutely Nothing of benefit in return for that money...

And here's the second important piece of news:  It seems that deeply treasonous bastard, Fed Chair Ben Bernanke was secretly bailing out banks to the cost of Trillions of dollars which was never disclosed until only recently because Bloomberg sued the Fed to disclose this information and won in court...

"The Federal Reserve and the big banks fought for more than two years to keep details of the largest bailout in U.S. history a secret. Now, the rest of the world can see what it was missing.  The Fed didn’t tell anyone which banks were in trouble so deep they required a combined $1.2 trillion on Dec. 5, 2008, their single neediest day. Bankers didn’t mention that they took tens of billions of dollars in emergency loans at the same time they were assuring investors their firms were healthy. And no one calculated until now that banks reaped an estimated $13 billion of income by taking advantage of the Fed’s below-market rates... 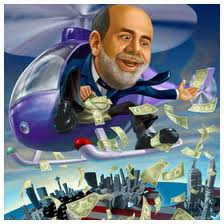 "Add up guarantees and lending limits, and the Fed had committed $7.77 trillion as of March 2009 to rescuing the financial system, more than half the value of everything produced in the U.S. that year...  Bankers didn’t disclose the extent of their borrowing. On Nov. 26, 2008, then-Bank of America (BAC) Corp. Chief Executive Officer Kenneth D. Lewis wrote to shareholders that he headed “one of the strongest and most stable major banks in the world.” He didn’t say that his Charlotte, North Carolina-based firm owed the central bank $86 billion that day...

"The six biggest U.S. banks, which received $160 billion of TARP funds, borrowed as much as $460 billion from the Fed.  (Add the two figures-- that's $620 Billion)...  Judd Gregg, a former New Hampshire senator who was a lead Republican negotiator on TARP, and Barney Frank, a Massachusetts Democrat who chaired the House Financial Services Committee, both say they were kept in the dark. “We didn’t know the specifics,” says Gregg, who’s now an adviser to Goldman Sachs. "

Here's the truth as plain as one can write or verbalize it.   The US Govt is corrupt to the core.  Put aside the left-right political bullshit that always springs up.. That is a charade.  In a crisis, any true checks and balances is put aside for the supposed 'good of the nation' and whoever has power will do whatever he or she wishes, and if questioned later, will say it was done out of necessity. 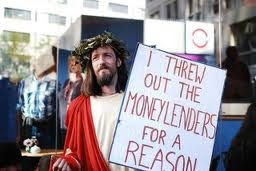 In the grand scheme of financial corruption and ponzi, Bernie Madoff's was the equivalent of a jaywalker  in comparison.  Bernanke's actions; his dogged determination to save the global banking system at all costs has cost everyday people trillions of dollars, loss of home, loss of job, triggered riots and revolution throughout Northern Africa due to QE encouraging speculation in commodities like corn and wheat prices.

Bernanke's actions in concert with the other financial heads of state around the world have caused the global economy to be far worse today than 2008, in spite of media statements to the contrary.  And you can spend your time bitching about the Democrats or the Republicans or Tea Party or Occupy Movement.. or this or that.. but the True Evil which infects this nation and is causing its demise doesn't acquire power through popular election and the Fed, unlike a political party does not concern itself with how its policy affects the populace. 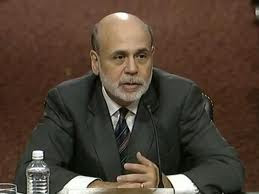 If you are "mad as hell", venting is good and healthy but its good to know who specifically to aim the vitriol and anger at...
Posted by dsasR at 1:58 PM