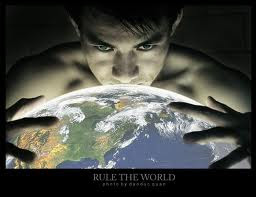 Ever wonder who truly rules the world?

Who truly is responsible for all the economic pain and misery and suffering of literally billions of people around the world?

They can cause basic commodities like oil or wheat to speculate in, thus causing an exaggerated value spike up to ungodly price levels, triggering social unrest and revolution, as seen in Egypt and other North African nations this spring.  It wasn't an 'Arab Spring' of people seeking freedom.  They were seeking the ability to eat and to have employment.

And Investors have the power to manipulate markets, specifically government bonds via the spread of panic and uncertainty that a nation will default, thus driving the interest rates on those bonds sky high.

This is what happened in Italy:


Defiant Berlusconi taken down by Markets (AP) -- "He just couldn't beat the markets.  Berlusconi announced Tuesday he would resign after parliament passes economic reforms demanded by the European Union.  He acted in the face of a relentless investor attack on Italy's government bonds." 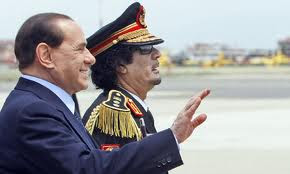 This posting is not a defense of the Italian leader-- from all accounts, he was/is a buffoon, degenerate and outright joke.  But remember, global Investors are the modern royalty of the world.  What they want, they get, and All leaders of the world from USA to Russia to Australia court and enact policy to appease them..

Think how many world leaders have been either killed or cast aside because their policies and/or decisions adversely affected the markets' ability to artificially grow, and those affecting Investors' ability to maximize profits:  Mubarak of Egypt, Gaddafi of Libya, Papandreou of Greece and now Berlusconi of Italy...

You say they're not connected... you are mistaken.  Egypt and Libya can be summarized in one word-- oil.  More specific with Egypt is the Suez Canal, the means of transport of the crude from Middle East into Europe.  Both leaders also possessed large stock piles of gold and neither needed to borrow money from international banks.  Now the new nations have new leaders, meaning new deals are made for acquisition and exporting of oil, and new bank loans given by the global loan sharks who have the rest of the world ensnared..

Every policy decision of the last three years... every decision which as adversely affected the lives of countless millions around the world, is done to soothe and reassure investors.  From TARP to Quantitative Easing in the US and Britain, to harsh austerity in all the PIIGS nations, and very recently now, France, to the bullying and arm twisting of Greece to give up its democratic referendum-- the only concern is whether markets will be pleased.

When the US Fed Chair, or Finance Minister of another nation enacts policy, from weakening of its currency to interest rates, the policy is always intentionally leaked to give time to hear whether Investors approve before officially stated and enacted. 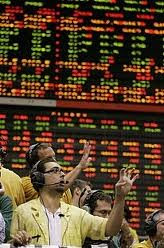 In essence, global Investors rule the world, and because they don't seek the limelight or media attention, few if any really know who these scavengers are.  They are destroying the global economy because they have no loyalty to anyone; not nation or neighborhood, and like surfers seeking out endless waves; the 'endless summer', Investors seek out the endless profit dividend.

A real leader, in the US or abroad would confront the global Investor, declaw him or her via pushing through tough legislative policy, and if need be, take upon themselves the 'nuclear option', i.e. instantly defaulting on the debts crippling their nation, and thus crippling the Investors in the process.

But who ever said a politician ever had courage of conviction?
Posted by dsasR at 1:51 AM