This Day in History: July 26th 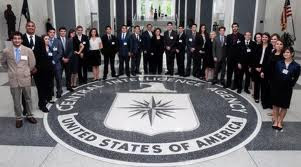 As loyal readers know, we here at A&G like to occasionally break up the monotony of stock market & global finance talk by delving back into history to find special or important events which most people may not aware of and have relevance in the present.

Today, July 26 seems to be one of those special days just chock full of relevant & important events, especially if you are American.

For instance, back in 1775, the US Postal Service is established by the Second Continental Congress, with the institution pre-dating the Constitutional Convention (1787), the end of hostilities with Britain (1781) and even the Declaration of Independence (1776).

Especially in the modern age of instant emails, texts and tweets, it is easy to lose sight how important the Post Office has been to the unification and advancement of the nation over the last 220+ years.

More recent events occurring on this date which people can appreciate were President George H. W. Bush signing the 'Americans with Disabilities Act' in 1990 to end discrimination in the workplace, and 42 years prior in 1948, President Truman ended racial segregation of the US Military.

All those events have importance but the one historical occurrence which struck us most interesting, once again involved Harry Truman and took place the year prior when Truman signs into law the National Security Act of 1947. 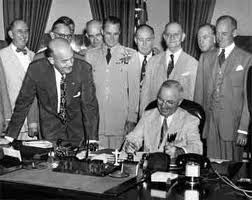 All agencies have been in existence for 65 years now..

Did you know:  Since the National Security Act of '47 was implemented, the US military has been engaged in numerous wars and conflicts, and have yet to truly win any of them...

1950-52:  Korean War  -- ends in a stalemate with establishment of 51st Parallel dividing North & South Korea, a demarcation still in existence to this day

1983:  Grenada --  Pres Reagan orders the small Caribbean island to be invaded to free some medical students held hostage amid fears it was being taken over by the Communists.  The mission was a success, but how could it have not been:  Grenada's main island geographically is 17 miles long from north to south and possesses a total population of 110,000 people (1/20th the pop. of Houston, TX). 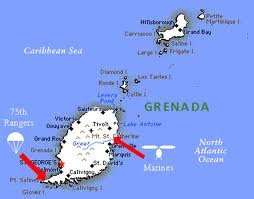 1991:  Operation Desert Storm --  Multinational forces pretty much led by the US liberated Kuwait but stopped right at the border of Iraq then dispersed the Army because it feared a prolonged war with Saddam Hussein.  With 20/20 hindsight, it turned out to be the sensible decision but as a military operation, it was what is referred to in Blackjack as a 'push', not a victory.

2002: Invasion of Afghanistan --  It should and would have been a great victory especially since it was in response to 9/11 and Americans were solidly behind it...  But it dragged on..and on..and on..  and the mission goals and purpose got more convoluted.. Hard to call that a victory.

2003: Invasion of Iraq -- Putting aside the pretenses; the whole finding 'weapons of mass destruction' nonsense, the invasion itself was quick.. it was thorough..  it was easy..  Shame our leaders had no idea what the next steps would be.  So many. many years later we're still there and no one really knows why we went in the first place beyond cynical, jaded reasons (Was it oil?  Was it George W Bush seeking revenge for Hussein trying to kill his father, Bush 41?)

Did we miss anything?

There's a bit of sad irony that the institutions put in place by Truman in 1947 to fight the Cold War and protect America, has ended up causing anger and hatred by others in so many various regions of the world.

It was not Truman's intent-- The goal of all those agencies was to protect Americans & American interests abroad.

But its just how powerful all-encompassing bureaucracies work-- the need for continually expanding budgets which means the need to show just cause for such expenditures.  And if that means creating chaos or carnage to justify reasons for being in existence, so be it...

And in the ongoing War on Terror, those agencies have more responsibility and power than ever before

History is a funny thing..  its not so much that it repeats..  Its just often events that one may think insignificant at the time, become so important into the future... and events we consider so important today, become mere forgotten footnotes tomorrow.
Posted by dsasR at 12:23 AM