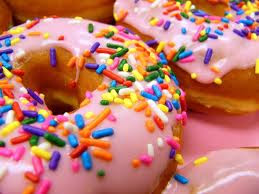 A popular donut chain in the US used to have commercials on TV with the catch-phrase, "Time to make the donuts"  It was meant in a literal way-- Time for the proud donut store owner to start preparing fresh-made donuts for his customers.

There's also another meaning which is more um.. scatological in nature which always make us think of Investors and thus hopefully this reference will make sense by this posting's conclusion...

Yesterday we wrote about how completely fake the stock market was and as concisely as possible, explained/reminded why one can not take what the Dow does seriously, and especially this summer as Financiers try to manipulate things to nudge the Fed into a QE3.

One thing we forgot to mention, though perhaps obvious to some, is that the stock market is global-- it connects practically all the nations of the world, which means all markets are manipulated, and the rats & roaches who profit daily aren't all exclusively of US citizenry. 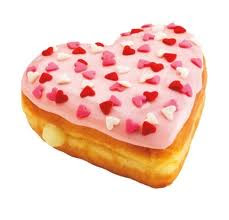 First of all, the fact that the economy of a Communist nation matters That much to the US and Europe shows how pathetically dependent the rest of the world is to their manufacturing output.

For instance, retail stores here can't sell $150 Nike sneakers to poor kids in the inner-cities if China is not producing the $10 shoes while giving its workers less than the equivalent of $1/day wages to make them, can it?

But let's look beyond that--  did the US market spike because China's economy is strengthening?  Because it is showing that it will lead us all out of the global recession once and for all?

"It could be the best bad news all week... the lower than expected 7.6% GDP figure for China, which marked the slowest growth in 3 years and the 6th consecutive quarter of decline. The silver lining to this clunker is that it all but clinches more intervention from Beijing." - Yahoo! Financial

And since the vermin who invest globally only care about ONE thing-- more liquidity into the markets, this piece of terrible economic news caused a thus so far +170pt Spike 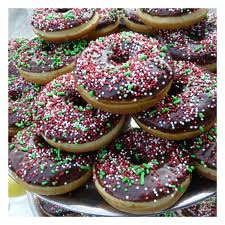 Here's how one analyst advised how to buy into China:  "Wait for earnings and to hear the bad news that will shock the market... If they breakdown enough, I think you do get in, because China will repair itself."

Its all a game to these devils... a profit making, sociopathic game.

Western nations-- the US, UK, the rest of Europe... they're not buying as much China made crap as they used to.  They either don't have the cash or the credit available to do it.

When the West cuts back on its purchasing, it forces Chinese manufacturing to cut back.  Sure, the nation of China has over a billion people but a good 90% can't afford most of the products their citizenry makes in the sweatshops.  Europe is China's #1 buyer of product; USA is #2.

So in other words, China is basically saying 'Things are getting Bad here and unless you people start buying our stuff in mass quantities again, its only going to get worse globally'

And the stock market took the news as "Mmmmm.. Donuts!"

Because that what Investors & traders are.. 'Donut' eaters... 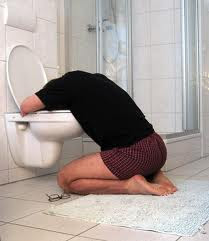